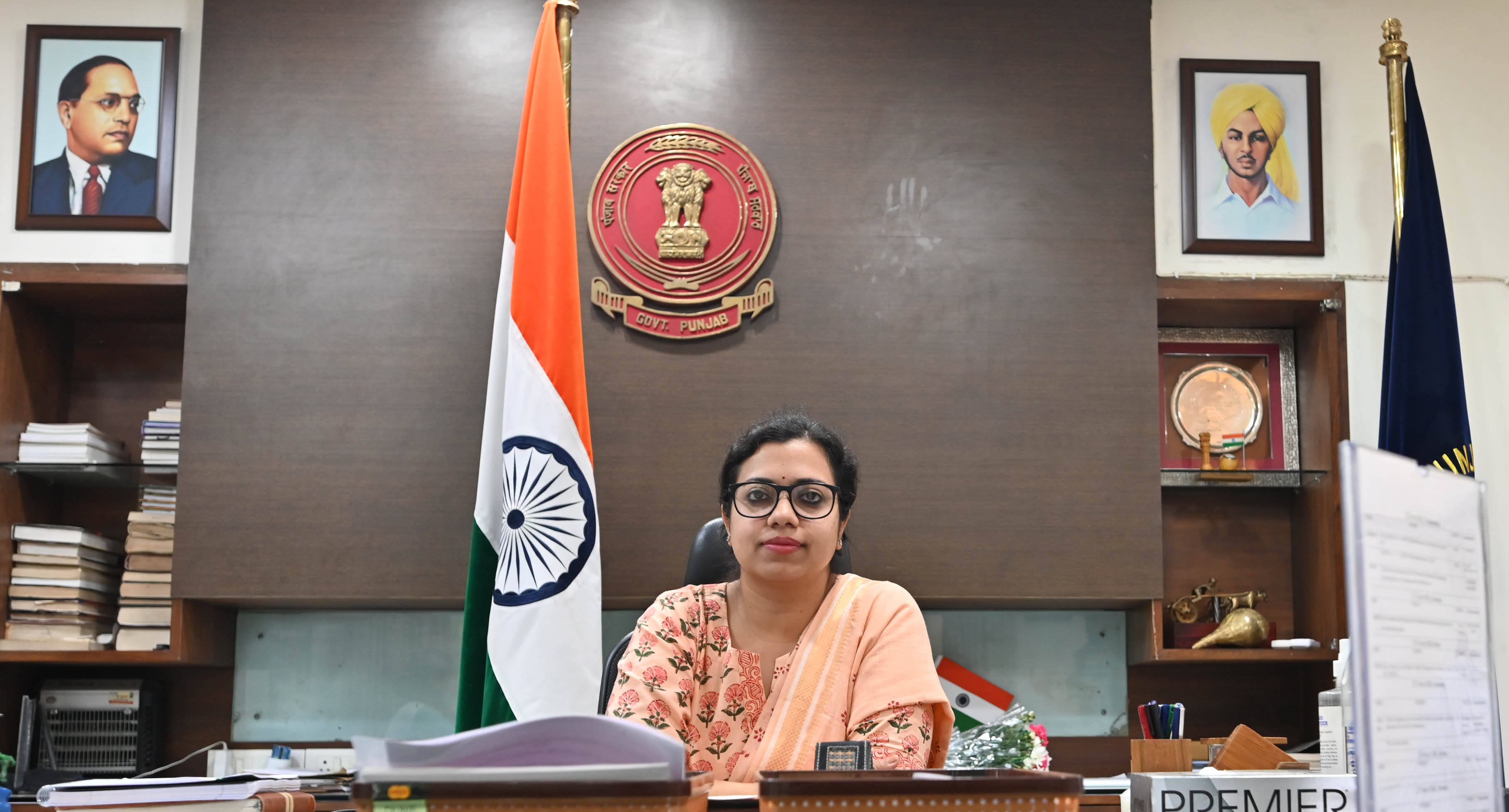 They say it’s a man’s world. But in Ludhiana, the state’s biggest and largest district in terms of area and population, it’s the women who rule the roost when it comes to bureaucracy and maintaining law and order.

From the first woman Deputy Commissioner and Municipal Corporation Commissioner, as many as 14 IAS, PCS and other women officers were serving on key posts in the district. Besides, four women IPS and PPS officers are calling the shots here.

With this, Ludhiana has become the only district in Punjab, where such a large number of women officers were posted.

IAS officer Surabhi Malik was appointed the first woman deputy commissioner of Ludhiana in April, barely a month after the AAP government was formed in the state.

“I think deserving people should get their due, whether they are men or women. I suppose with the historical perspective of women being sidelined based on gender, those who visibly get ahead or are placed at important positions serve as inspiration to those vying for such positions,” said Malik (36) on women empowerment.

A Chandigarh native, Surabhi, an alumni of London School of Economics, said, “I am cognisant the environment today is not as equitable as one would want. However, being here in Ludhiana, makes me believe that women’s hard work is moving the world ahead, one step at a time.”

The MC Commissioner, Dr Shena Aggarwal, who is Surabhi’s batchmate, was posted here in May.

“Women on significant positions bring a sense of responsibility to the posts. Women are diligent, dedicated and hardworking and usually good at multitasking,” the UPSC topper feels.

Shena, who is a doctor, said, “Having a mix of female and male officers and staff brings in different opinions and perspective of the different genders, which helps to create a balance in the system.”

While Surabhi’s husband Dr Sandeep Garg is an IPS officer and is presently posted as SSP in Ropar, Shena’s better half Sanyam Aggarwal is serving as DC, Malerkotla.

“Hailing from Uttar Pradesh, all I had read and seen were stories about police atrocity or inefficiency. But it is the uniform that empowers a girl the most,” the 2014-batch IPS Saumya Mishra said.

The mother of an one-year-old daughter and wife of a 2014-batch IPS officer Deepak Pareek, posted as Patiala SSP, the 36-year-old Saumya added, “I joined the service because I didn’t want to feel helpless in helping others and myself too. Now, I’m in a position to do my bit and bring about that small change to make this world a better and safer place to live.” Saumya is presently handling the multiple charges in addition to her regular posting as JCP (law and order).

Another woman IPS officer Dr Pragya Jain, a native of Baraut in Uttar Pradesh, was also Bachelor of Homoeopathic Medicine and Surgery, before joining the police force. “Women have inherent powers within themselves. They just need a catalyst to unleash this power and realise their true potential. Once it is done, they become examples worth emulating,” feels this 36-year-old doctor-turned-cop.

Having run her own clinic in Delhi for seven years before cracking the UPSC in 2016, this 2017-batch cop adds: “Give a woman the right boots and see how she conquers the world.”