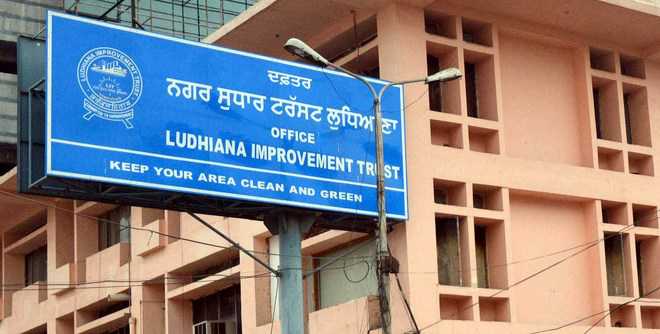 Citing various irregularities committed by chairman of the Ludhiana Improvement Trust (LIT), Raman Balasubramanium, during his tenure and then even after the implementation of the model code of conduct for the Assembly elections, the Council of Engineers (CoE) has urged the Election Commission of India (ECI) to remove him as he was now working for the benefit of the ruling party.

Copies of the representation have also been sent to the Chief Electoral Officer, Punjab, and the District Election Officer-cum-Deputy Commissioner.

In his representation, the CoE president, Kapil Arora, said it was reliably learnt that the LIT chairman, in active connivance with some certain officials of the Trust, had made an attempt to issue work orders amounting to Rs10 crore for development works in back date (after imposition of code of conduct) and this matter was already under enquiry by the DC, who was also the District Election Officer.

Asserting that the LIT chairman had been involved in several questionable and controversial decisions during his tenure the CoE president mentioned conversion of land, which was meant for cinema in Bhai Randhir Singh Nagar into shop-cum-offices without taking consent from area residents, auction of large chunk of prime land near Dugri Bridge at much lower price than its prevailing market price.

The CoE further charged the LIT chairman with causing deliberate damage to environment by ?xing interlocking tiles within the restricted area and around trees in violation of directions of the NGT and several protests by social activists.

“Not only this, contrary to his lawful duty to keep the public property free from encroachment, he himself is involved in encroaching the park land in Bhai Randhir Singh Nagar, which is located on the rear side of his house,” Arora stated in his representation. He said it would be conducive for free and fair elections to remove Balasubramanium from the post of LIT chairman. — OC

Taking cognisance of complaints received against LIT, the District Election Officer-cum Deputy Commissioner, Varinder Kumar Sharma, had marked an enquiry to Additional Deputy Commissioner Rahul Chaba. The inquiry officer and supporting staff raided the LIT office from where dispatch register, documents pertaining to tenders and work orders were seized. The CCTV footage was also checked to get information about movement of employees and officials on weekly holidays (on Saturday and Sunday).