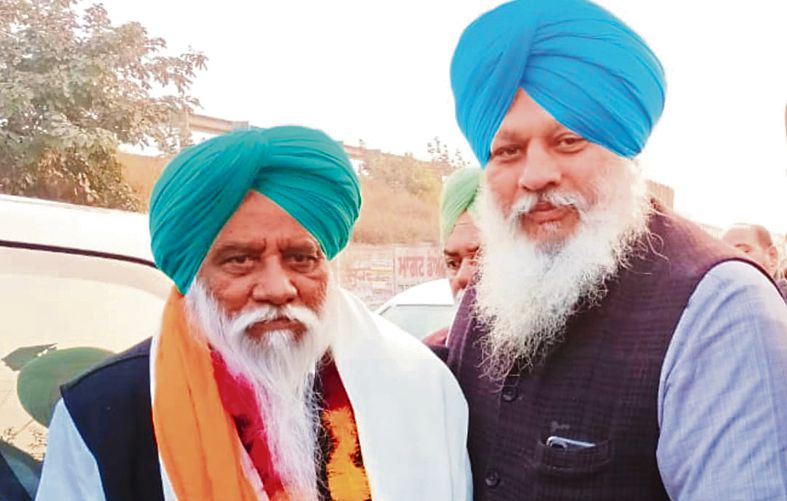 The Sanyukt Samaj Morcha (SSM), comprising 19 farm unions, has fielded former national general secretary and halqa in-charge of the SAD (Sanyukt) Sukhwant Singh Tillu as its candidate in Khanna, which is already witnessing a multi-cornered contest.

Once, a close confidante of former CM Parkash Singh Badal and firebrand SAD leader Maan Singh Garcha, Tillu had decided to break ties with Sukhdev Dhindsa’s SAD (Sanyukt) after a BJP leader, Gurpreet Bhatti, was declared the candidate of the BJP and Capt Amarinder Singh’s Punjab Lok Congress by ignoring aspirants from the SAD (Sanyukt) a few days ago.

“We have always been making sacrifices, first for the SAD (B) and now for the SAD (Sanyukt) despite our long political career and we were ready to continue the gesture in future too. But we could never think of betraying crores of farmers of the state and families of over 700 martyrs of the Kisan Morcha,” said Tillu, claiming that his whole family and friends had been fighting for the withdrawal of three draconian laws since the launch of the agitation.

Tillu reiterated that he would always stand for the interests and rights of farmers, besides working sincerely for members of other communities, including labourers, small traders, and the youth.

Apparently looking at a multi-cornered contest in Khanna city among Congress candidate and Cabinet Minister Gurkirat Singh Kotli, Jaspreet Kaur Yadoo (SAD), Tarunpreet Singh Sondh (AAP) and Gurpreet Bhatti (BJP), the thrust of campaign is expected to shift to the rural belt after Tillu’s entry and it is expected to dent the enthusiasm of BJP workers.

Despite being a traditional ‘SAD’ leader, Tillu has a clout among industrialists and traders. His wife Inderjit Kaur Pandher has also been active in politics and is at present the president of the women’s wing of the SAD (Sanyukt).