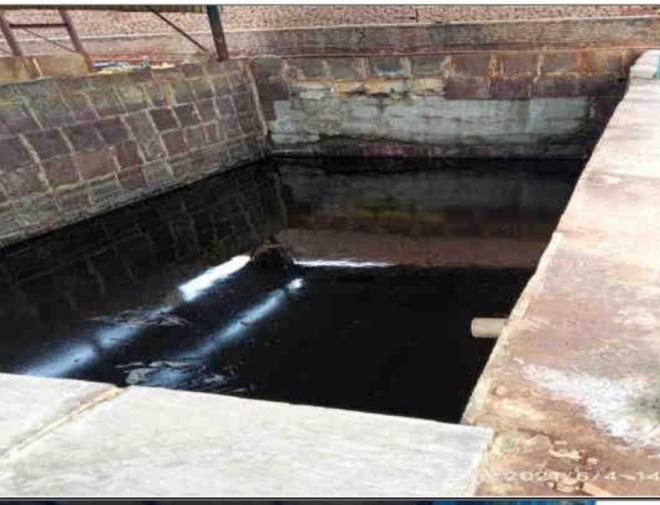 The effluent generated by a unit in Ludhiana. file

The Punjab Pollution Control Board imposed environmental compensation of Rs2.46 crore on units violating norms. Anurag Verma, Principal Secretary, Department of Science, Technology and Environment, in a press statement issued here today informed that the board was receiving complaints regarding illegal disposal of effluent by the electroplating and acid pickling units. Therefore, the board carried out surprise inspections through its officers.

In this process, the working of the Common Effluent Treatment Plant (CETP) for electroplating units as well as re-processors of spent acid, which are lifting effluent/spent acid to treat on their premises, was also looked into.

An environmental compensation of Rs2.46 crore was imposed on the two re-processor units involved in the reprocessing of spent acid as well as Common Effluent Treatment Plant (CETP) for electroplating units operating in Ludhiana.

Verma informed that Rajchem Global Technologies Pvt Ltd, Dheri village, was established for processing of spent HCl generated by electroplating/acid pickling units. During inspection a number of irregularities, were found in the unit, including operation of the unit without statuary clearances. Therefore an environmental compensation of Rs1,14,62,500 was imposed on the unit by the PPCB, he said.

Similarly, activities of the Common Effluent Treatment Plant (CETP) for electroplating units operated by JBR Technologies Pvt Ltd at Focal Point, Ludhiana, were got audited by a team comprising of officers of the board as well as an expert as a third party auditor. He said the CETP was found violating the provisions of the Water Act, 1974, and Hazardous and Other Wastes Rules, 2016, on a number of counts. Therefore an environmental compensation of Rs1,05,15,500 was imposed on the CETP by the PPCB.

Anurag Verma exhorted all the industries to comply with the pollution control laws so that people can live in a clean and pollution-free environment. He said if any officer is found to be unnecessarily harassing industry, strict action will be taken against him.