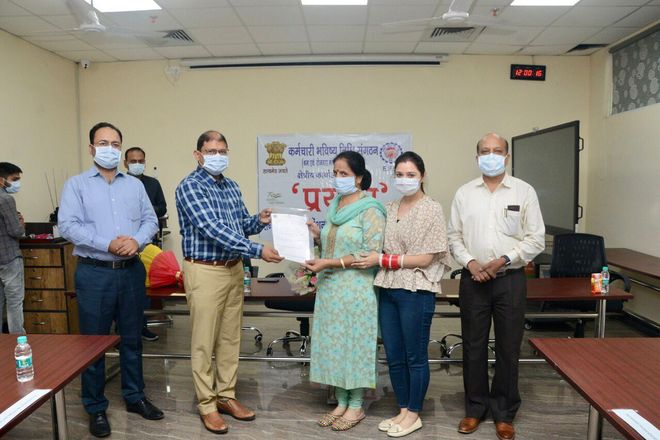 The Ludhiana Regional Employees’ Provident Fund Organisation (EPFO) on Thursday launched nationwide drive “Prayaas” to release pension pay order (PPO) to the employees on the day of their superannuation here.

“The EPFO has taken several policy and digital initiatives to ensure uninterrupted service delivery to its subscribers. One such initiative is to release pension on the day of superannuation to the members of the Employees’ Pension Scheme (EPS), 1995,” he said.

Seeking the cooperation of the members of the EPS and employers, without whom, he said the initiative cannot succeed, Gupta said the employees and employers are being contacted to make them aware of the documents they have to provide and the process involved in the settlement of pension claims on regular basis.

“Several members of the EPS, 1995, have already been get benefitted from this initiative,” he said.

On the occasion, the Regional Provident Fund Commissioner-I handed over PPOs to five employees of different establishments, who attained superannuation at the age of 58 on Thursday.

Gupta appealed to all the establishments, especially those covered under the EPF and MP Act, 1952, in Ludhiana region to file ECR before 15th of the month in which employee is retiring and also submit Form-10D along with required documents so that their office is able to complete the formalities in time and hand over PPO to the employees on the day of their retirement.