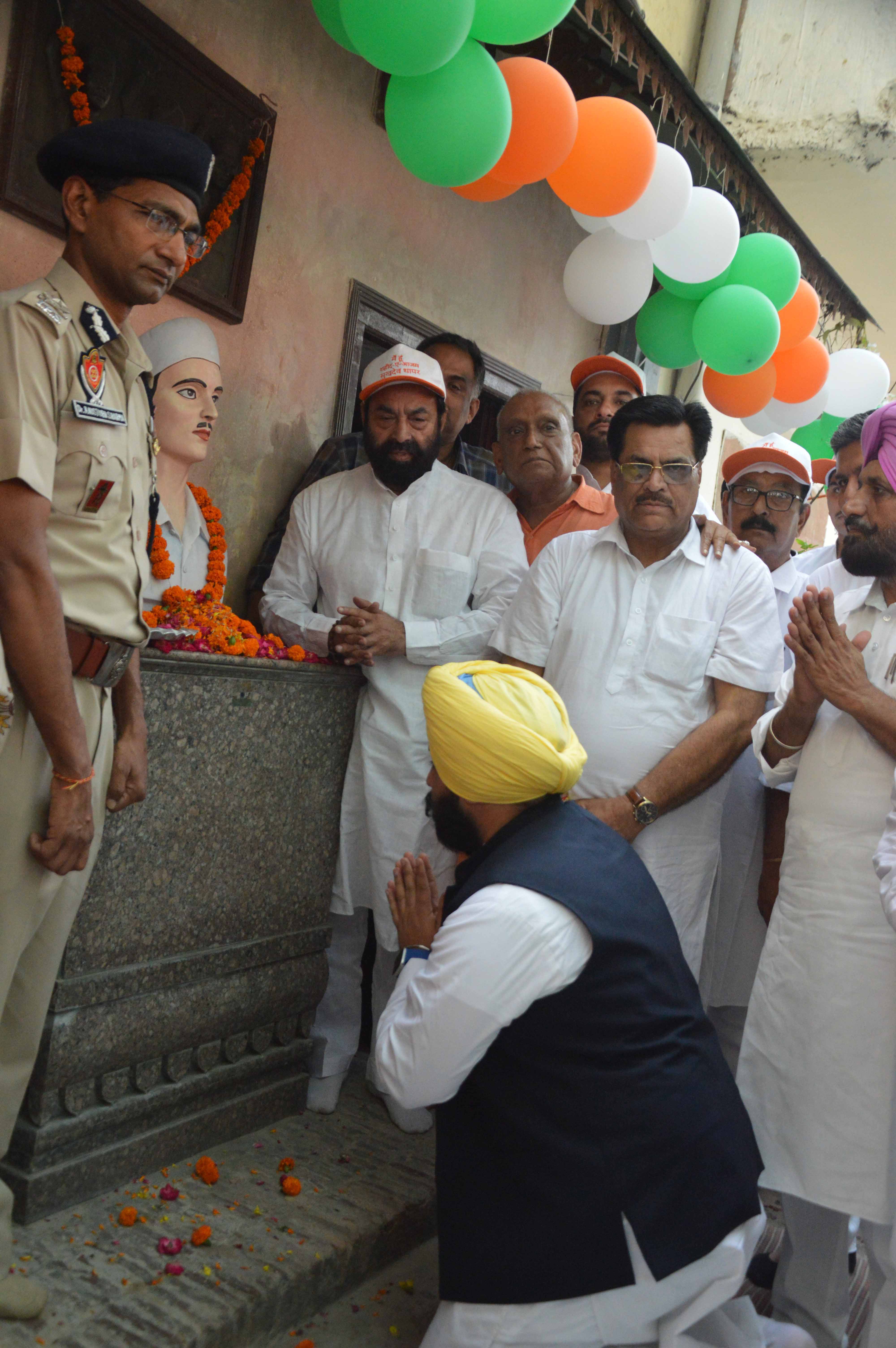 Harjot Singh Bains, Cabinet Minister for Tourism and Culture, Mines and Geology, Law and Legislative Affairs and Jails, Punjab, today said the Aam Aadmi Party (AAP) government is committed to preserving the legacy of freedom fighters and martyrs with whose sacrifices the country had attained freedom. He exhorted people to come forward for eradication of social evils like corruption, drug abuse, female foeticide and illiteracy from society, which would be the real tribute to martyrs.

Addressing the state-level function organised on the birth anniversary of Shaheed Sukhdev Thapar at Guru Nanak Dev Bhawan here, the minister termed Shaheed Sukhdev as a famous Indian revolutionary who played a major role in the India’s struggle for Independence. He said Sukhdev was amongst those great Indian freedom fighters who sacrificed their lives for the freedom of the country.

Bains said the Punjab government, led by Chief Minister Bhagwant Mann, had chalked out programmes so that the youth could seek inspiration from the great freedom fighters. “Functions are being organised to promote national integration and instil patriotism among people. Families of the martyrs are a treasure of the country and we must pay proper respect to them,” he added.

Dr Manju Malhotra, who presented a brief note on Shaheed Sukhdev, said he was the associate of Shaheed Bhagat Singh and Shaheed Rajguru. She said it was on March 23, 1931, that the three brave revolutionaries — Bhagat Singh, Sukhdev and Rajguru — were hanged.