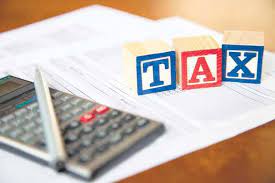 The Excise and Taxation Department unearthed a major tax evasion racket involving lakhs of rupees. On the recommendation of the department, the Dugri police yesterday registered a case against 16 persons, including owners of various manufacturing units, and arrested a transporter.

The arrested suspect has been identified as Hardeep Singh, owner of Shiv Kirpa Roadlines and SR Roadlines, Ludhiana.

A case of fraud, forgery and criminal conspiracy was registered against the suspects.

The STO in a police complaint said on September 16 on the basis a tip-off, five vehicles of Shiv Kirpa Roadlines, Ludhiana, and SR Roadlines, Ludhiana, which were being driven by the five drivers, were intercepted by three teams of officials under the supervision of Director, Investigation, Punjab, in Mandi Gobindgarh, Sahnewal, Transport Nagar, Ludhiana, GT Road, Rajpura, and GT Road, Shambhu, respectively, in a joint operation.

“Both transport companies are being run and operated by Hardeep Singh. The vehicles were carrying hosiery and readymade garments manufactured by local manufacturers of Ludhiana. After scrutinising invoices produced by the drivers-cum-in-charge of goods of the five vehicles, most of the invoices were found having a value less than 50,000, which might be deliberately and dishonestly lowered than the prescribed limit to avoid generation of E-way bills and cause loss to the state exchequer after hatching a conspiracy,” he said.

The STO said during the investigation of documents, it was found that the invoices, which were in the possession of the drivers of the transport company, were of the same date and also having same serial numbers, amount as well as quantity of goods in different vehicles for transporting the goods.

The other booked factory owners had also colluded with key accused Hardeep to evade taxes.

State Tax Officer Lakhvir Singh Chahal, who is the complainant in the case, said: “Vehicles of two transport companies of Hardeep Singh were used for carrying hosiery and readymade garments manufactured by local manufacturers. After scrutinising invoices produced by the drivers of the five vehicles, most of the invoices were found having a value less than 50,000, which might be deliberately and dishonestly lowered than the prescribed limit to avoid generation of E-way bills and cause loss to the state exchequer after hatching a conspiracy.”