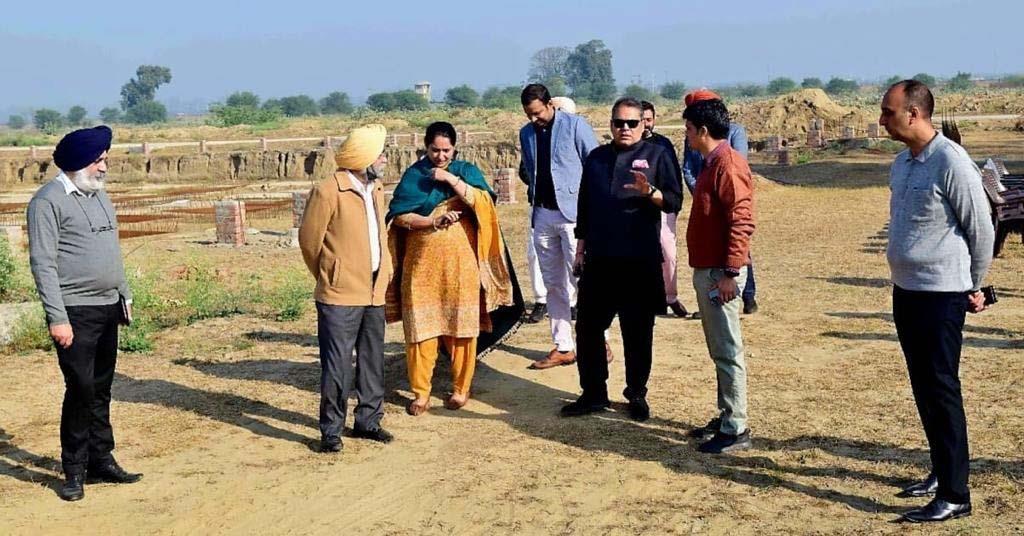 Rajya Sabha MP Sanjeev Arora has asked the authorities concerned to speed up the ongoing work on the civil air terminal at the upcoming international airport in Halwara near here, and complete it by March 2023.

During a visit to the site on Friday, Arora told government officials, including GLADA Chief Administrator Amanpreet Kaur Sandhu and Additional Chief Administrator (ACA) Amrinder Singh Malhi, officials of PWD (B&R), Civil Aviation, contractors and all others present, that he has been making all-out efforts for early completion of the project since he became the MP.

Arora also recalled the commitment of Chief Minister Bhagwant Mann that the state government would soon complete the construction work of the civil air terminal at the Halwara airport. He said the CM had announced that the work would be accomplished at a cost of around Rs 50 crore.

He also inspected drawings of the interim airport terminal prepared by the PWD (B&R). He took detailed note about the parking apron proposed for the aircraft.

He was assured by the officials that the ongoing work would be visible up to maximum extent by January-end next year.

Arora hoped that the project, once completed, would prove a boon for Ludhiana residents, especially for the business community.

GLADA CA Amanpreet Kaur Sandhu assured Arora that they would release funds promised by them as and when bills were submitted.