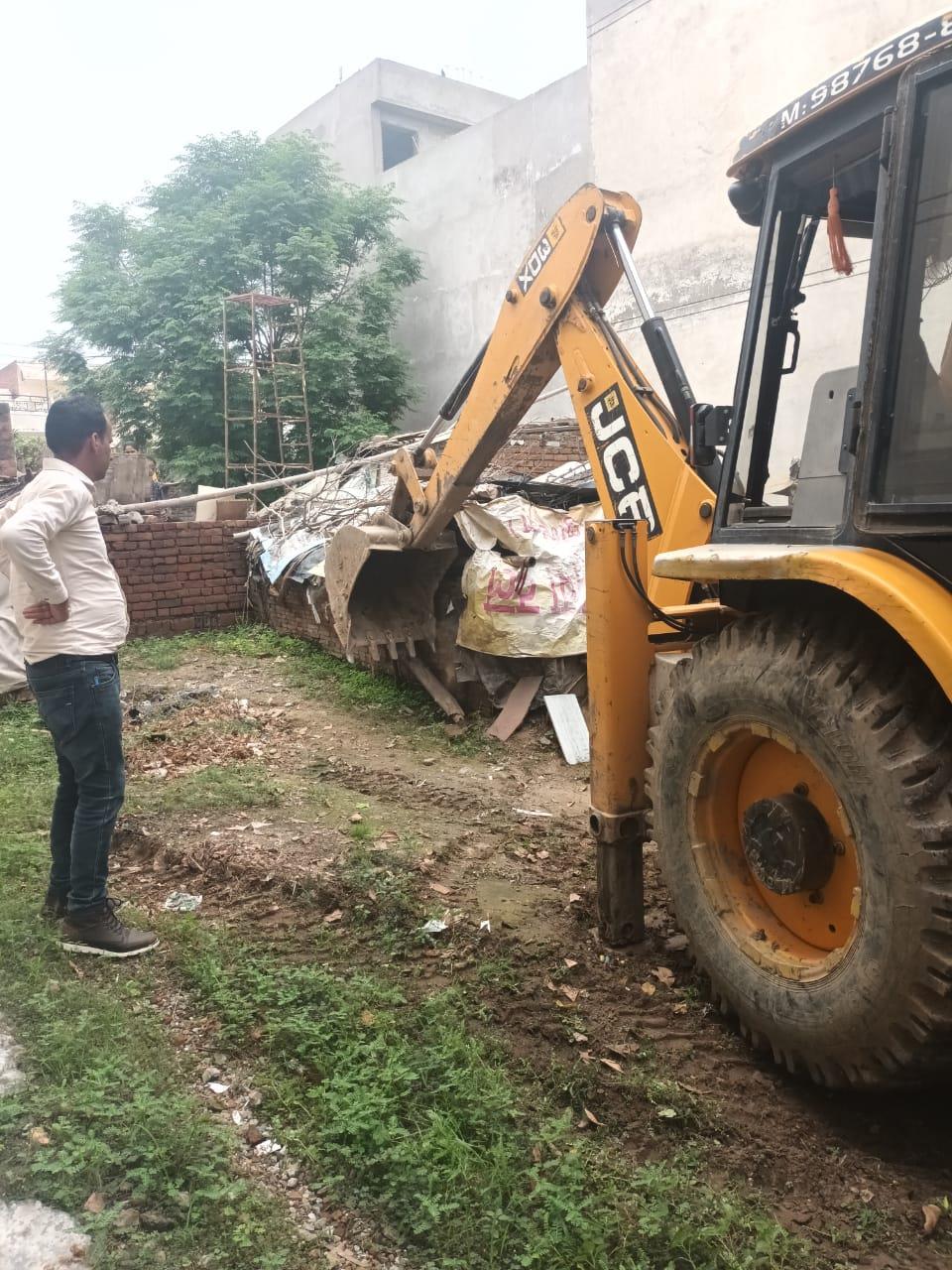 Taking a turn for the better from its track record of giving a long rope to those violating terms and conditions of allotment of residential plots and built-up commercial properties, the Ludhiana Improvement Trust (LIT) has swung into action with reconstruction of the side walls of two booths by an allottee in Maharishi Valmiki Nagar (also known as Rishi Nagar).

The allottee of two booths (69, 70) had earlier pulled down the separating and side walls of booths with the intention of clubbing the two and having extended frontage.

LIT Superintending Engineer RK Garg said action taken against the defiant allottee of booths ought to serve a warning to other violators that they would be also be dealt with sternly and rules governing allotment of plots or commercial sites would have to be followed in letter and spirit failing which the violators would have to face serious consequences to the extent of cancellation of allotment.

Garg further said no violation of building norms would be tolerated.

“We have deputed field staff to prepare a list of all properties of the LIT where allottees have violated the terms and conditions of allotment,” said the official.

In a major anti-encroachment drive undertaken here today, LIT authorities permanently closed the main gate of the park in G-Block of Bhai Randhir Singh Nagar, which was under encroachment by former LIT chairman Raman Balasubramanium. A sign board had also been put up which proclaimed that park was open to general public.

Encroachments were also removed with deployment of men and machines from plots nos 334-G and 374/64-J blocks of the same locality.