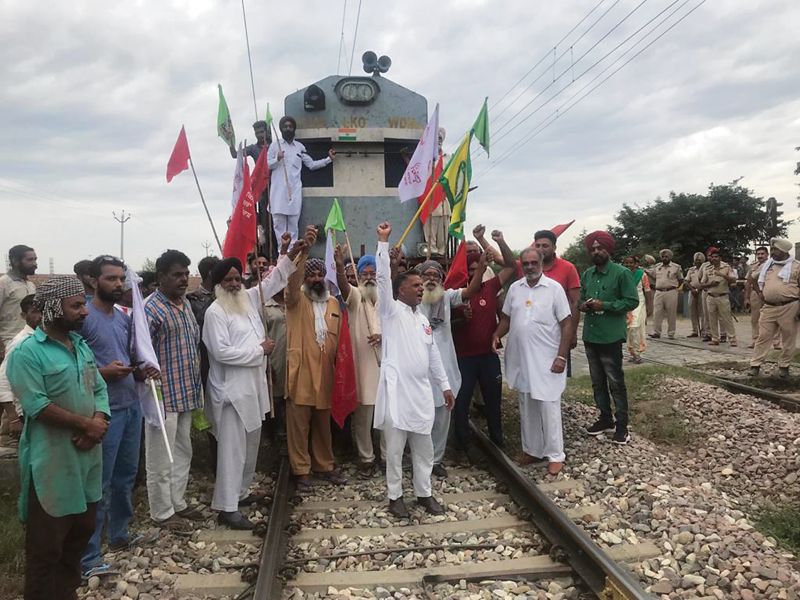 Responding to a call by the Samyukt Kisan Morcha, an umbrella body for multiple farmers unions struggling for repeal of the three contentious farm laws, office-bearers and activists of various constituent outfits squatted on the Ludhiana-Dhuri railway line, leading to a six-hour-long rail traffic blockade. They blocked two trains during the protest.

The protesters also demanded dismissal of Union Minister of State for Home Affairs Ajay Mishra Teni from the Cabinet over the Lakhimpur Kheri violence in which his son Ashish Mishra is the main accused.

The protesters, led by Sher Singh Maholi, raised slogans against Prime Minister Narendra Modi and Home Minister Amit Shah for allegedly trying to torpedo the farmers’ struggle that was launched around a year ago for repeal of the three farm laws and implementation of a law guaranteeing the maximum support price (MSP).

Addressing rallies at the Ahmedgarh railway station, Kup and Kilraipur speakers, including Sher Singh Maholi (BKU Ekta Ugrahan), Banti Cheema. Harmit Singh Ghungrana, Surjit Singh Seelon (Zamhoori Kisan Sabha) and Harnek Singh Gujjarwal (Shaheed Bhagat Singh Naujawan Sabha) alleged that the attitude of the Union Government towards genuine demands of farmers protesting in the nation had proven that it (government) was working only to appease its masters in the corporate sector.