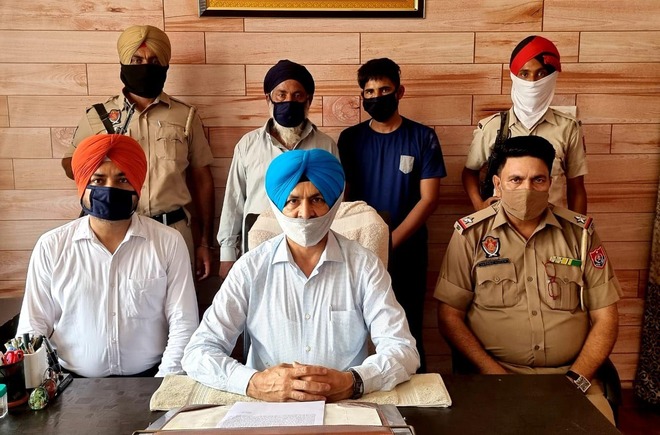 The Special Task Force (STF) wing of Ludhiana arrested a man and his son and recovered 1.33 kg of heroin and Rs 1.52 lakh drug money from their possession.

They have been identified as Joga Singh (27) and his father Balwinder Singh (64), residents of Dashmesh colony, Noorwala road.

STF Ludhiana in-charge Harbans Singh said a police party was patrolling on Kali Sadak, near Basti Jodhewal, where they received a tip-off that the duo were into the notorious trade of heroin smuggling and they were present near their house.

Accordingly, the STF team conducted a raid and nabbed them. During their search, heroin and drug money were recovered from them.

During preliminary questioning, Joga said he was addicted to heroin and to fulfill his need of the same, he also started selling drugs for the past three years. Balwinder said he was earning his livelihood from e- rickshaw and he also started heroin smuggling to become rich in a short span of time.

The STF in-charge said their police remand would be sought to bust the entire supply line and in further probe, more members of the gang could also be arrested.