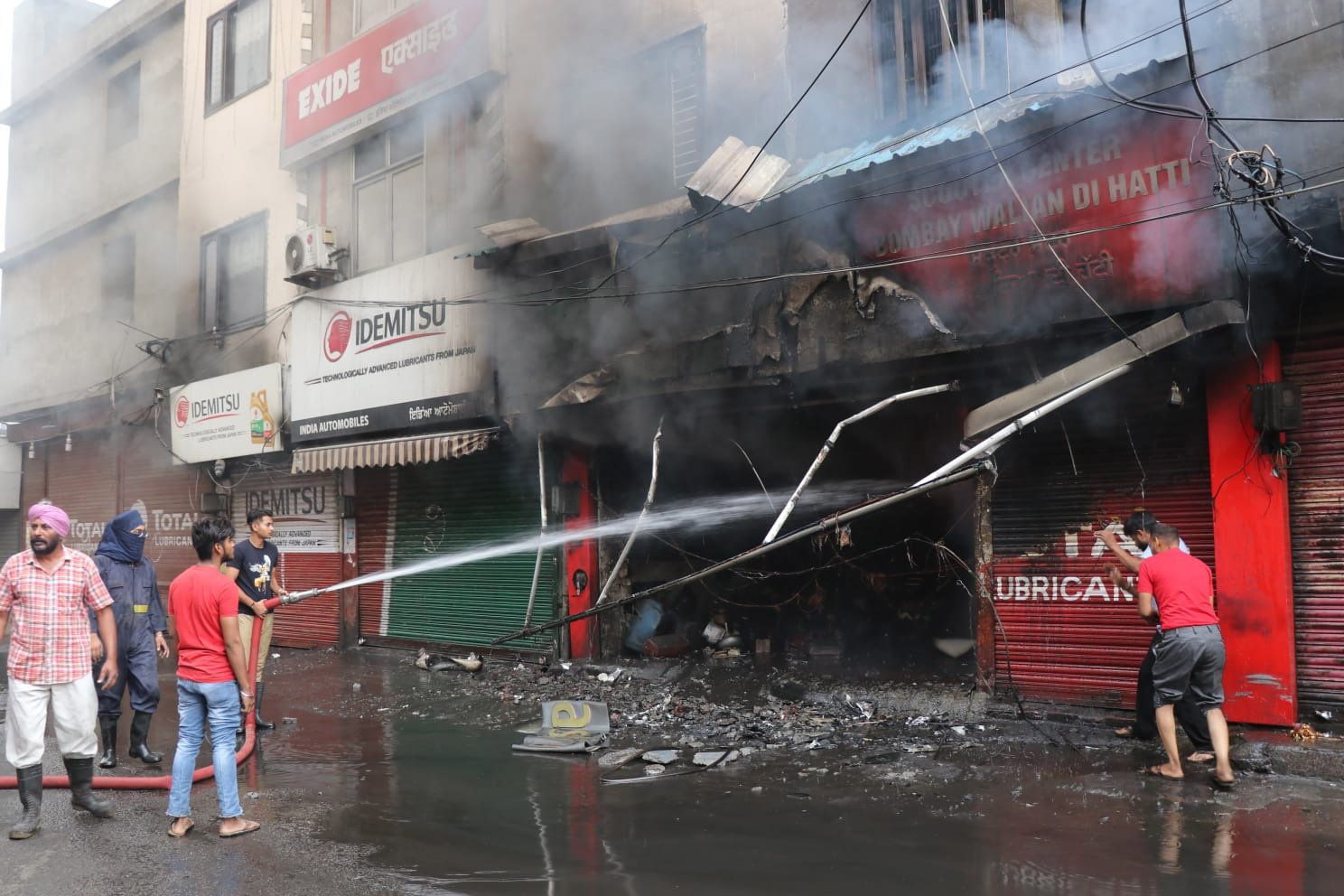 A major fire broke out in a two-storeyed auto spare parts shop in the Subhani building on Wednesday morning.

A major fire broke out in a two-storeyed auto spare parts shop in the Subhani building on Wednesday morning. Goods worth several lakhs of rupees were gutted in the fire.

The fire was controlled by the fire brigade officials within two hours. Since the shop was situated in the crowded market, the fire could have spread to the adjoining shops but timely action of fire brigade saved the further damage.

The incident occurred at around 6 am when market people saw smoke billowing out from the shop. They immediately informed the fire station and the shop owner.

Before the arrival of fire tenders, market people had also tried to douse the flames by pouring buckets of water but in vain. When fire tenders reached, the fire had already spread to the entire building.

Fire officials said they poured water from the front and the back of the building and took almost two hours to completely douse the flames.

A huge stock of inflammable goods were kept inside the shop which turned the fire intense. The shop has also developed cracks.