FIRs recommended against 55 for polluting Sidhwan Canal : The Tribune India 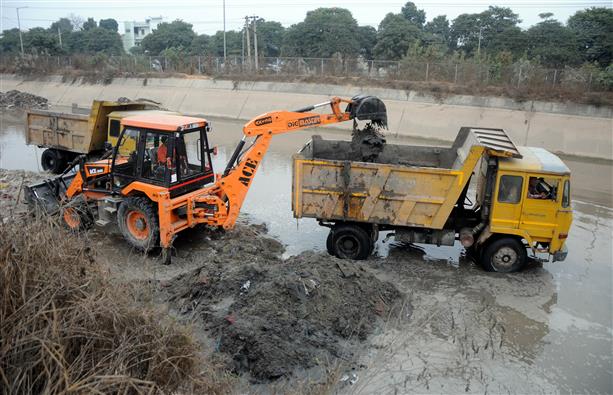 The Municipal Corporation (MC) has recommended FIRs against 55 persons who have allegedly been caught dumping waste in Sidhwan Canal in the past two weeks. MC Commissioner Shena Aggarwal has issued directions to the officials concerned to get FIRs registered against the accused.

MC Zonal Commissioner Jasdev Singh Sekhon said the recommendation had been sent to the Irrigation Department as the canal falls under its jurisdiction. He said the department had been asked to take legal action and get the FIRs lodged against the violators. Currently, the MC is carrying out work to clean the canal.

An official said the Irrigation Department had also got FIRs registered against three residents for dumping waste in the canal. The FIRs were registered under Section 70 of the Northern India Canal And Drainage Act, 1873, he said.

“The MC teams deployed to stop people from dumping the waste in the canal have noted down registration numbers of the vehicles in which the violators have arrived at the site. These include cars, two-wheelers, Tata 407 etc. The list has also been forwarded to the Irrigation Department, which will help the authorities in tracing the violators,” he said.

Meanwhile, MC Commissioner again appealed the residents to support the authorities in keeping the canal clean as it is also the responsibility of the residents to keep the city clean and green.

Notably, members of the Public Action Committee (PAC) had lodged a complaint with Irrigation Department, against a garbage dump (secondary garbage collection point of MC) just near the bank of Sidhwan Canal on Gill Road Ludhiana earlier this month. Alleging that garbage and plastic waste from the garbage dump falls into the canal, the PAC members had demanded from the department to lodge FIR against MC officials for allegedly failing to remove the dump.