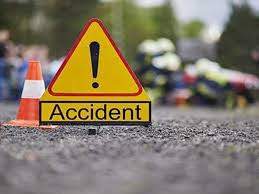 The first incident was reported in Samrala, Khanna district, where a mother-daughter duo, who were going on foot, died in a road accident after they were hit by a rashly driven bike yesterday. Both of them had suffered serious injuries and were shifted to a hospital where doctors declared them brought dead. The deceased were identified as Sukhwinder Kaur and her daughter Harpreet Kaur. Later, the bike rider, identified as Abhishek, who had also suffered serious injuries, also succumbed to his injuries.

The second incident was reported in Khanna in which a pedestrian was found dead on the road near the Ramgarhia Bhawan in Khanna City. The victim was seemingly hit by some unknown speedy and rashly driven vehicle.

Complainant Jasvir Singh said on November 2, he was heading to his workplace on his bicycle and when he reached Bhattian, he saw a man lying in a pool of blood on the road. He was shifted to a hospital where he succumbed to injuries on November 29. The deceased was yet to be identified.

Investigating officer ASI Sukhdev Singh said efforts were on to identify the person who hit the victim.

In another incident, Surinder Singh (60) of Saiyan Kalan, Dehlon, was killed in a road accident when he was taking a walk on Wednesday morning. Deceased’s son Davinder Singh said his father was hit by a rashly driven Mahindra Bolero vehicle. The Dehlon police were checking the CCTV camera footage of the area to get any clue about the errant driver.