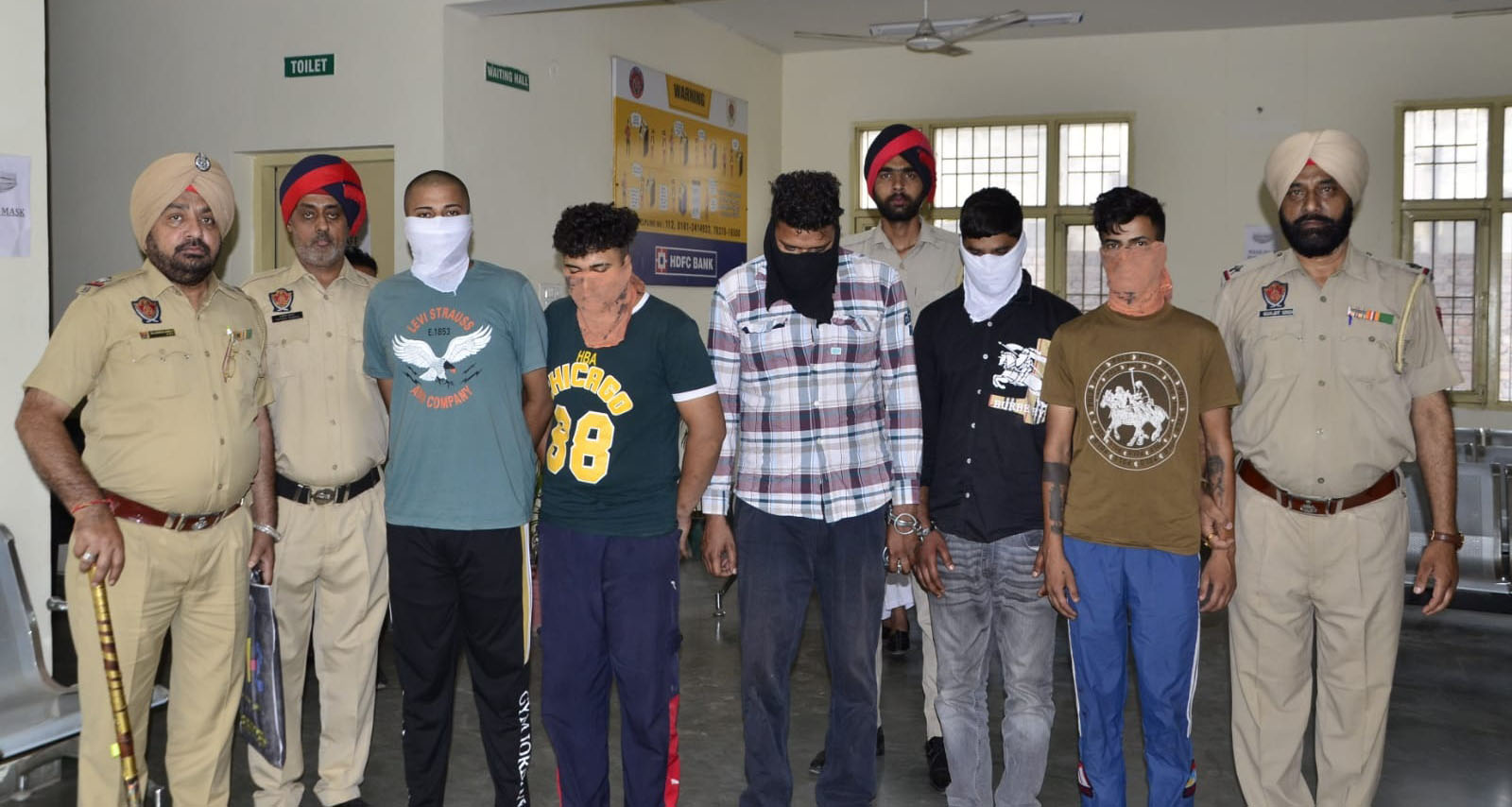 The suspects in police custody in Ludhiana. Ashwani Dhiman

The city police today arrested five persons who had forcibly taken away a Ford Endeavour from a police constable at Chet Singh Nagar on Saturday night.

ADCP Balwinder Singh Randhawa held a press conference in this regard.

The ADCP said on May 21, senior constable Paramjit Singh, along with constable Baldev Singh, both attached with the anti-narcotics cell in the city police, were patrolling in Chet Singh Nagar in a Ford Endeavour, the private vehicle of Baldev. On suspicion, they started questioning Sarpreet and some youths, who were standing near the liquor shop.

The youths, led by Sarpreet, initially started heated arguments with the policemen and later, they attacked Baldev.

The suspects also took away the SUV from the policeman. As local people started gathering on the spot, the suspects fled the spot. They also snatched a police identity card and Aadhaar card of Baldev along with Rs 1,000 in cash.

On May 22, the police had registered a case against the suspects under various sections of the IPC.

The ADCP said today acting on a tip-off about whereabouts of the suspects, a raid was conducted and the suspects were nabbed. The police also recovered the SUV, Rs 1,000 in cash, Aadhaar card and police ID card of constable Baldev from the suspects.