Flying squads to check illegal inflow of paddy in region : The Tribune India 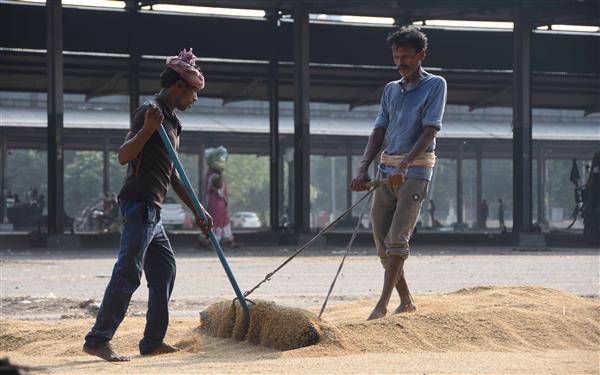 The authorities claimed that the teams have been asked to set up nakas on all entry points on highways and link roads, where vehicles will be checked by joint teams of the civil administration and police officials.

The district-level control centre has been established to gather information and initiate further action in case some teams report violation of guidelines by owners of intercepted vehicles.

Referring to the outcome of a meeting of various officials held at district level, SDM Harbans Singh said that designated in-charges of various teams would be submitting daily reports to Malerkotla Deputy Commissioner Sanyam Aggarwal at the close of day.

“Malerkotla DC Sanyam Aggarwal has constituted subdivision and block-level flying squads in compliance with orders received from Principal Secretary Punjab. In-charges of these squads have been advised to coordinate with police officials of their respective areas for organising nakas to ensure that no illegal transaction takes place during the procurement season,” said Harbans Singh.

Executive magistrates Harphool Singh Gill, Khushwinder Singh and Manjit Singh have been advised to lead the squads during checking besides performing their routine duties.

These officials have been asked to seize vehicles or premises containing unaccounted stocks and submit the report to the district authorities on a daily basis.

Sources revealed that the state government in its directions has asked the district authorities to initiate such checking to prevent illegal inflow of paddy from other states following which the administration has drafted a plan to undertake ensured round-the-clock monitoring of vehicles passing through the region .