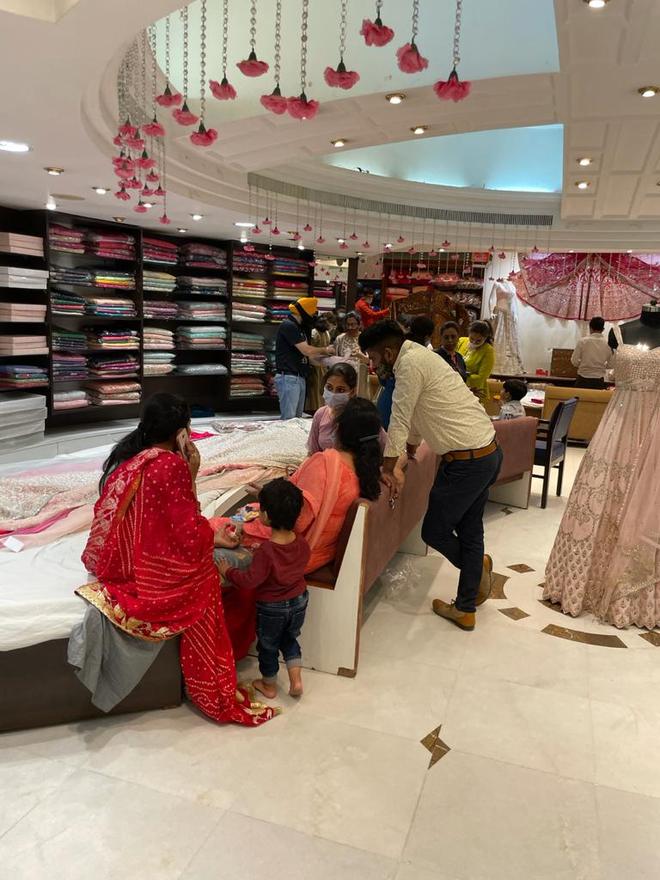 Customers shop at a garment showroom in Ludhiana. Tribune Photo

To curb the spread of Covid-19 in the state, the state government has imposed strict guidelines, including capping gathering in wedding and parties.

This instilled a fear among shopkeepers, who are already bearing the brunt of losses suffered during the lockdown. But inspite of the restrictions imposed, the shopkeepers have heaved a sigh of relief saying they have not experienced a decline in sales and customers are walking in without any fear.

Vivek Kumar of Nishu Garments said people’s choice and priority of products had changed but as far as sales were concerned, the footfall remained the same. “After the lockdown phase, when majority of places were shut, there was a huge demand of casual wear but when cases decreased, sale of party-wear clothes also picked up,” he said.

Raman, who runs a boutique here, said number of customers had not decreased but the only change was that now clients were not physically coming to the shop.

“Whatever they want made, they give the instructions to us on call. The measurements are with us and we send pictures to the customers accordingly if any alterations are to be made. Both casual wear and formal wear are in huge demand as the government has not imposed a ban on parties and functions,” said Raman.