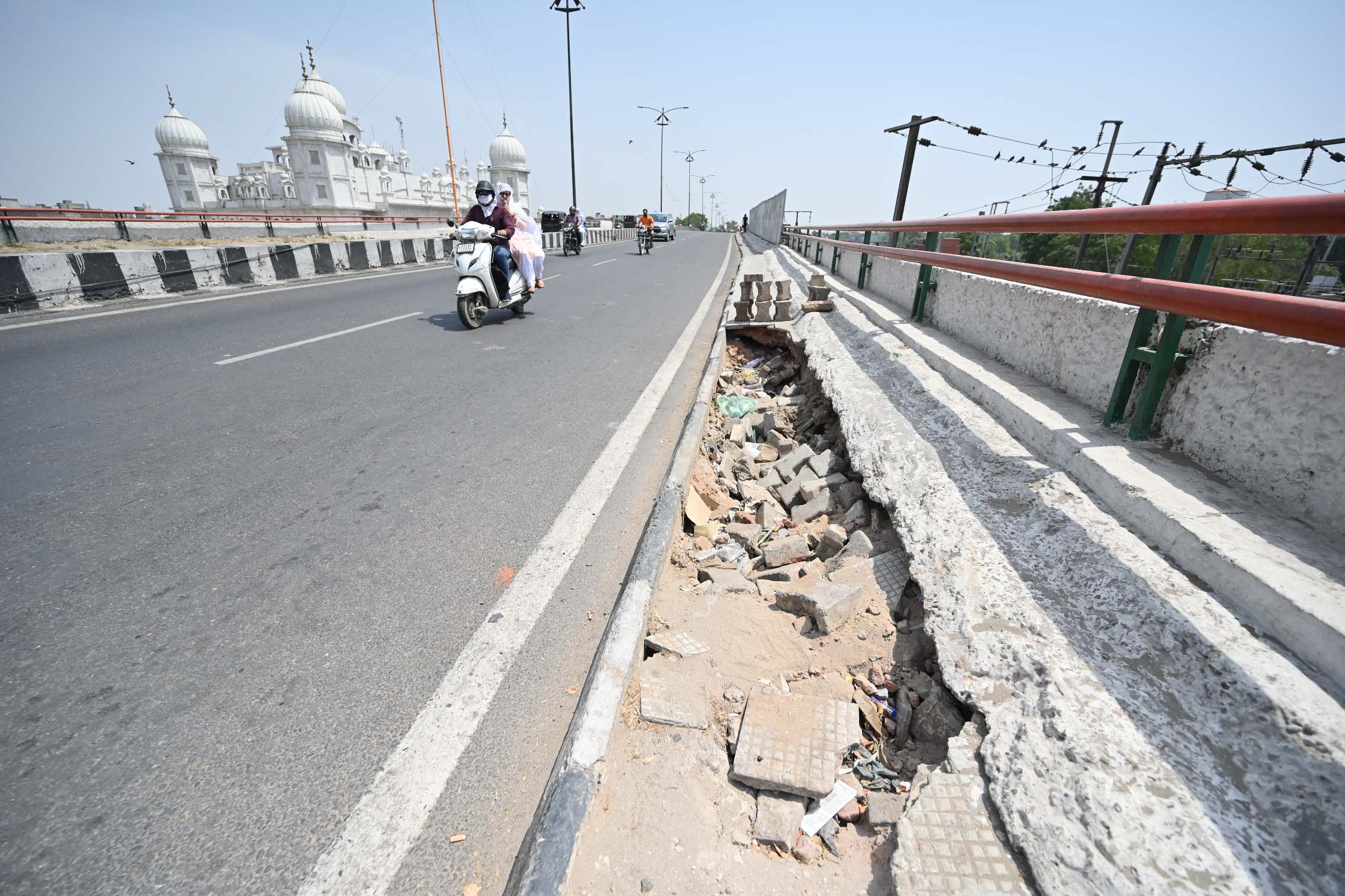 The damaged footpath on the flyover’s approach road from Vishwakarma Chowk to Jagraon Bridge in Ludhiana. Tribune photo: Himanshu Mahajan

A footpath portion of the flyover from Vishwakarma Chowk to Jagraon Bridge, opposite Gurdwara Dukhniwaran Sahib, has got damaged. Municipal Corporation officials blamed rats for causing damage to the footpath.

An official of the MC said it seems rats had moved out soil from inside through the weep holes (which allow water to drain) in the retaining wall due to which the footpath portion got damaged.

It seems the flyover wall portion where weep holes are located had earlier not been plastered. In 2016, the MC had carried out repair and plaster work on the retaining walls of nearby portion of the flyover and Jagraon Bridge. The then officials had claimed that rats had burrowed holes in the retaining walls. The MC had then spent around Rs 45 lakh for plaster and repair works.