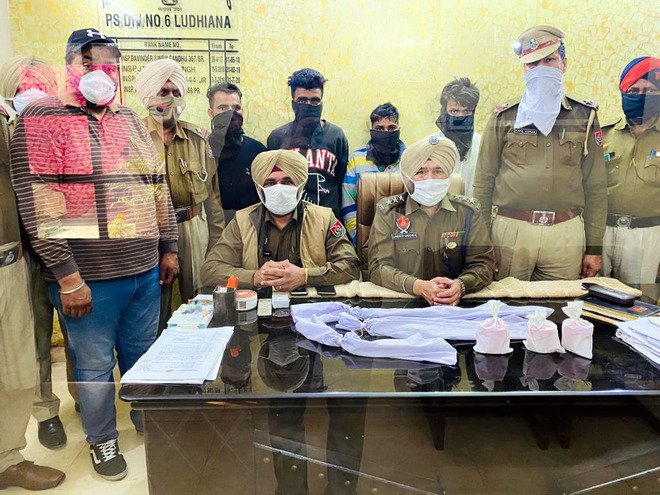 Police officials address a press conference regarding the arrest of robbers involved in looting liquor vend robbers in Punjab and neighbouring states, in Ludhiana. Tribune photo

The police division No. 6 police busted a gang looting liquor vends in Punjab and neighbouring states. Cops arrested four members of a gang in this regard.

The accused were identified as Kulwant Kumar, 35, native of Patiala, presently living at Jaspal Bangar here, Sukhdev Goga of Payal, Mithu Singh of Patiala and Arjun Kumar of Sahnewal.

The police recovered 78 gm of intoxicant powder and 42 cases of illegal liquor from the gang members.

A Swift car, used by the gang to loot liquor vends, was also recovered by the police.

Brar said during questioning, the gang confessed to having committed nine loot cases in which they also injured some liquor vend employees.