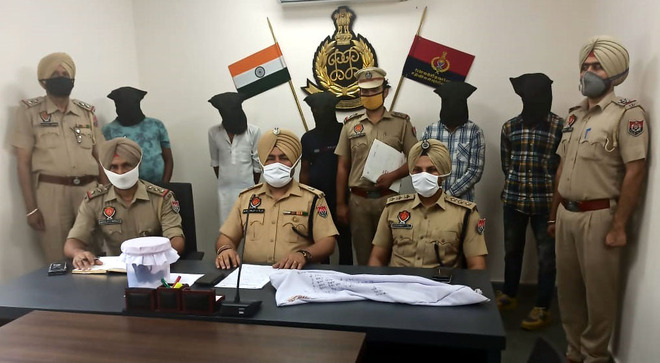 The police today claimed to have busted a gang of robbers with the arrest of six of its members. They have been identified as Ashish Kumar of Lohara Road, Shiv Kumar Shiva of Karamjit Nagar, Bablu Kumar and Sharan of Jain Colony, Kushal Shukla and Vishal Gautam of Hargobind Nagar.

The police have recovered a countrymade revolver, sharp weapons and three motorcycles from their possession.

Additional Deputy Commissioner of Police-2 Jaskiranjit Singh Teja said the Sahnewal SHO had received a tip-off that the suspects were planning to commit a major robbery in the area and they were carrying illegal weapons.

The police raided a vacant piece of land and nabbed the suspects while they were planning a major robbery.