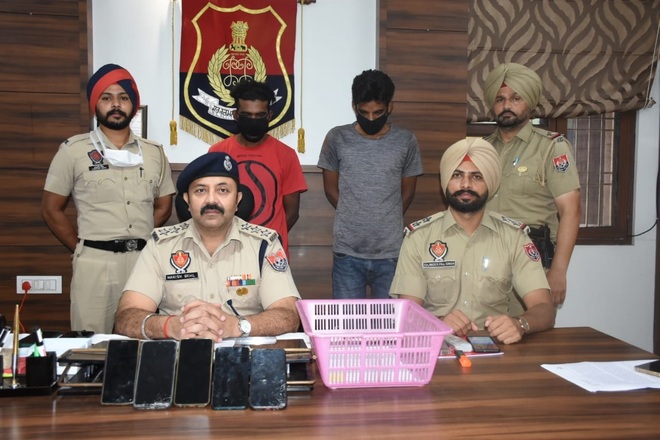 The police today busted a gang of snatchers with the arrest of two of its members. They have been identified as Gurbir Singh (31) and Rahul Kumar (25), both residents of Maya Nagar.

The ACP, Civil Lines, Harish Behal, said on September 24, snatchers targeted Pardeep Kumar near the DMC hospital and snatched a mobile phone from him. The police identified two suspects during investigation.

Today,, a tip-off was received that the two snatchers were roaming in the city to sell off the stolen phones. A naka was set up and the two suspects, who were riding a motorcycle, were arrested.

The police recovered five mobile phones and three motorcycles from the gang.

The police said the criminal record, if any, of the suspects was being checked.

Behal said they would seek police remand of the suspects from the court.