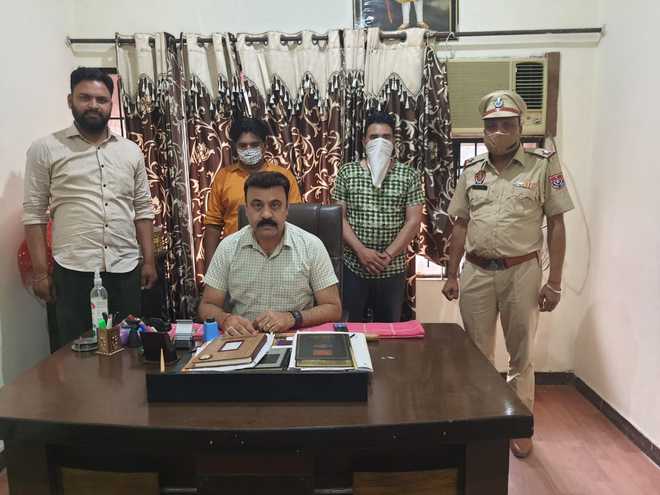 The anti-narcotics cell busted a gang of thieves and arrested two of its members.

The accused have been identified as Jatinder Kumar Raju of Waheguru Nagar and Kuldeep Singh Deepa of Gobind Singh Nagar. The police recovered two motorcycles from them.

In charge of the anti-narcotics cell Rajesh Kumar said a tip-off was received that the accused were operating a gang of vehicle thieves and they had stolen over 12 motorcycles from the city in the recent past.

Accordingly, the police laid a naka at some strategic point in the city and after intercepting the duo, they were arrested.

During the preliminary questioning, they confessed that they had stolen over 12 motorcycles from city areas and most of them were sold to their customers.

Some motorcycles were also sold at junk shops by the gang. In further probe, junk dealers may also face action.

The police said the stolen vehicles sold by the gang would be traced and the same would be handed over to their owners. — TNS