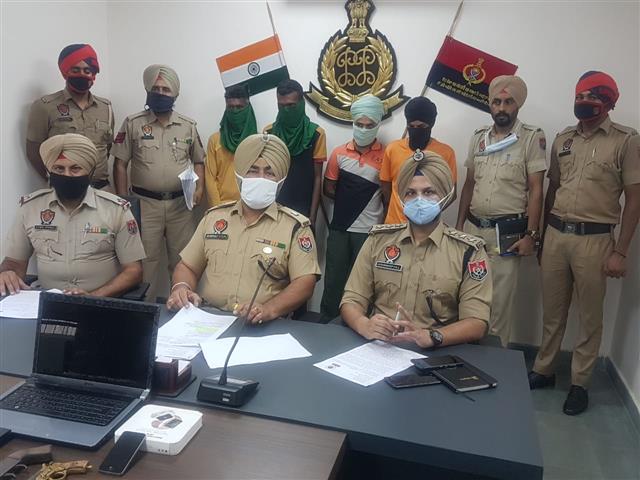 ADCP Jaskiranjit Singh Teja addressing press conference regarding the arrest of gang of thieves in Ludhiana on Friday. Tribune photo

The police claims to have busted a gang of thieves with the arrest of its six members.

The police recovered 33 gm of gold jewellery, 64 gm of silver ornaments, two illegal weapons, one laptop, four motorcycles and one scooter from the gang, the ADCP said.

On October 5, Jeetu and Vicky were nabbed and today, four other gang members were arrested by the police, the ADCP added.