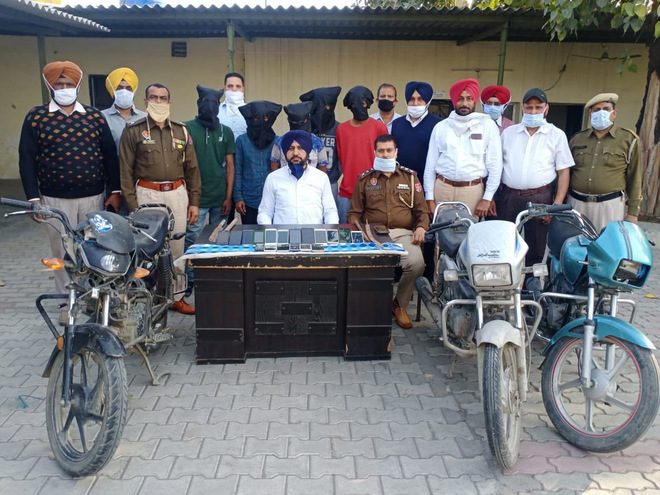 The accused in police custody in Ludhiana on Friday. Tribune photo

The CIA 2 wing of the Ludhiana police busted a gang of robbers and arrested five of its members. All accused have a notorious past as several cases of loot and robberies were registered against them in the past.

He said information was received that these persons were sitting in GLADA ground on the Chandigarh road where they were planning to commit a major loot in some factory.

Accordingly, the police party conducted a raid and nabbed the accused. The police also recovered three motorcycles, 18 mobile phones and some sharp-edged weapons from them.

The ACP said police remand of the accused would be sought from court so that in further probe, more members of their gang could be arrested and more recovery of looted valuables could be made from them. —TNS