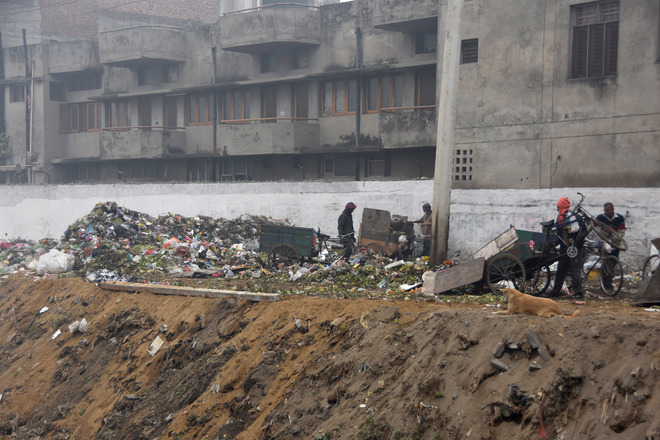 Garbage being dumped along the Buddha Nullah near Haibowal Chowk in Ludhiana. Photo: Ashwani Dhiman

Days after Punjab Finance Minister Manpreet Singh Badal laid the foundation stone of the Rejuvenation of Buddha Nullah project, garbage is again being dumped along the Buddha Nullah near Haibowal Chowk, here. Earlier, the area was cleaned before the event for laying the stone.

A resident, Vijay Verma, said the area was cleaned before laying the stone of the project.

“I was surprised to see yesterday evening that garbage collected from various areas is being dumped again along the Buddha Nullah. It is difficult to pass through the stretch due to foul smell emanating from the garbage dump. The MC must remove the garbage dump from the site. Moreover, there should be no dump along the nullah.”

Notably, when the MC had set up the dump at the point along the nullah in 2019, students of the Lord Mahavira Homeopathic Medical College and Hospital, Haibowal, had held a protest against the move. The dump is located near the building of a girls’ hostel.

“I have asked the superintending engineer concerned to get an electricity connection for the waste compactor system at the earliest. Once the system is made functional, the dump will be eliminated.” — TNS