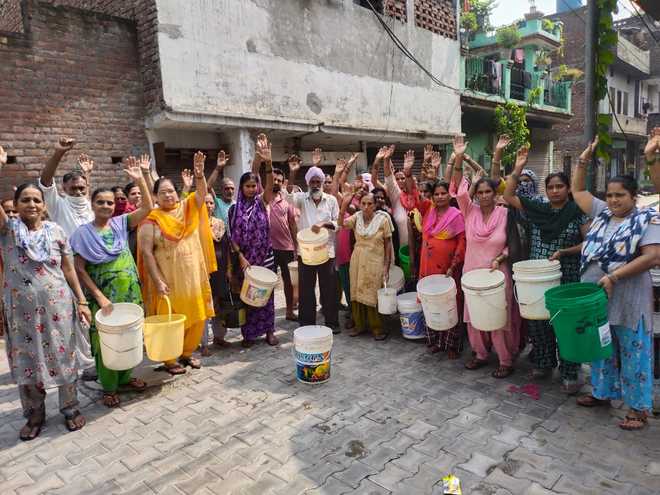 Residents of Geeta Nagar in the Gurmail Park area of Ward 14 staged a protest due to the erratic water supply in the area.

The residents while carrying buckets gathered in the area to mark their protest against the authorities concerned. They alleged that water was not being supplied properly in the area for the past three days due to which they were forced to face inconvenience.

They alleged that they also get contaminated water whenever it is supplied.

On the other hand, Ward 14 councillor Kuldeep Janda denied the allegations. He claimed that the tube well motor had developed a snag on Friday morning and it was repaired in the evening. There was no water supply problem in the area.