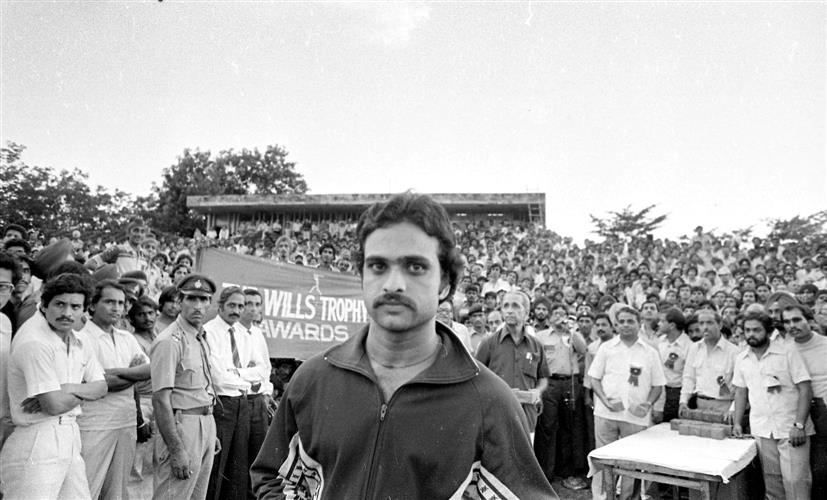 Yashpal Sharma, who died after suffering a heart attack on Tuesday, was a firm, resolute, stubborn character. He was groomed in the crucible of India’s First-Class cricket, where most players spent their playing lives striving to be noticed. It is never easy to forge ahead, especially if you are playing for a state which is languishing somewhere at the bottom of the Ranji Trophy Championship.

Yashpal played for Punjab in the 1970s, when many more talented and ambitious players from the state would migrate to Delhi for greater exposure and recognition. The boy from Punjab and India’s hosiery hub, Ludhiana, chose a lonely path, accepting the challenge of carving out a successful career without abandoning his home turf.

The Ranji Trophy and Duleep Trophy consumed all his attention, where his batting flourished with a consistency that was difficult for the selectors to ignore. Soon enough, an India call came and he was on the flight to Pakistan in 1978, though a Test debut eluded him there. He was the backdoor boy who needed to prove himself, which he finally did on the tour of England in 1979. It was a tour on which his batting reflected all those gritty qualities needed to survive in a world that does not look kindly upon those who are not born to rule.

He would address journalists of his age as ‘veerey’ (‘brother’ in Punjabi), and always remind them that playing for India is no mean feat, especially if you have to look over your shoulder all the time. Maybe it was hard for him to fit and melt into a mould that may have given his career the foundation and longevity which it eventually lacked.

It was not that Yashpal was always a sticky batsman lacking in aggression or innovation. Far from it. It is just that we may have chosen to ignore in our memory some of his more adventurous displays. We remember and celebrate the 1983 World Cup win but forget that Yashpal was one of its key architects, with second-most runs in the team after Kapil Dev.

He scored runs in all crucial games, be the opening game against West Indies or the semifinal against England. We remember the catch that Kapil Dev took running backwards to dismiss Viv Richards in the final but forget the audacious flick off a Bob Willis yorker over square-leg for a six by Yashpal in the semifinals. It was a breathtaking stroke.

That shot was not an aberration as in a One-day match held in Jalandhar against England, he had smacked Ian Botham for a crucial six in the penultimate over as India romped to an unlikely win. His running between the wickets was exceptional and on the field he was a dashing mover, among the very best outfielders India has had.

It is hard to imagine Yash being no more, snatched away so suddenly by death at age 66. He was a proud cricketer and a memory of his, which shows how much he valued playing for the country, has stayed with me. It is from the time when he was hoping to make a comeback: “Yashpal, 37 Tests,” that is how he would always introduce himself.

Also read: A fine cricketer, and much more