Power supply hit in few areas as poles give way 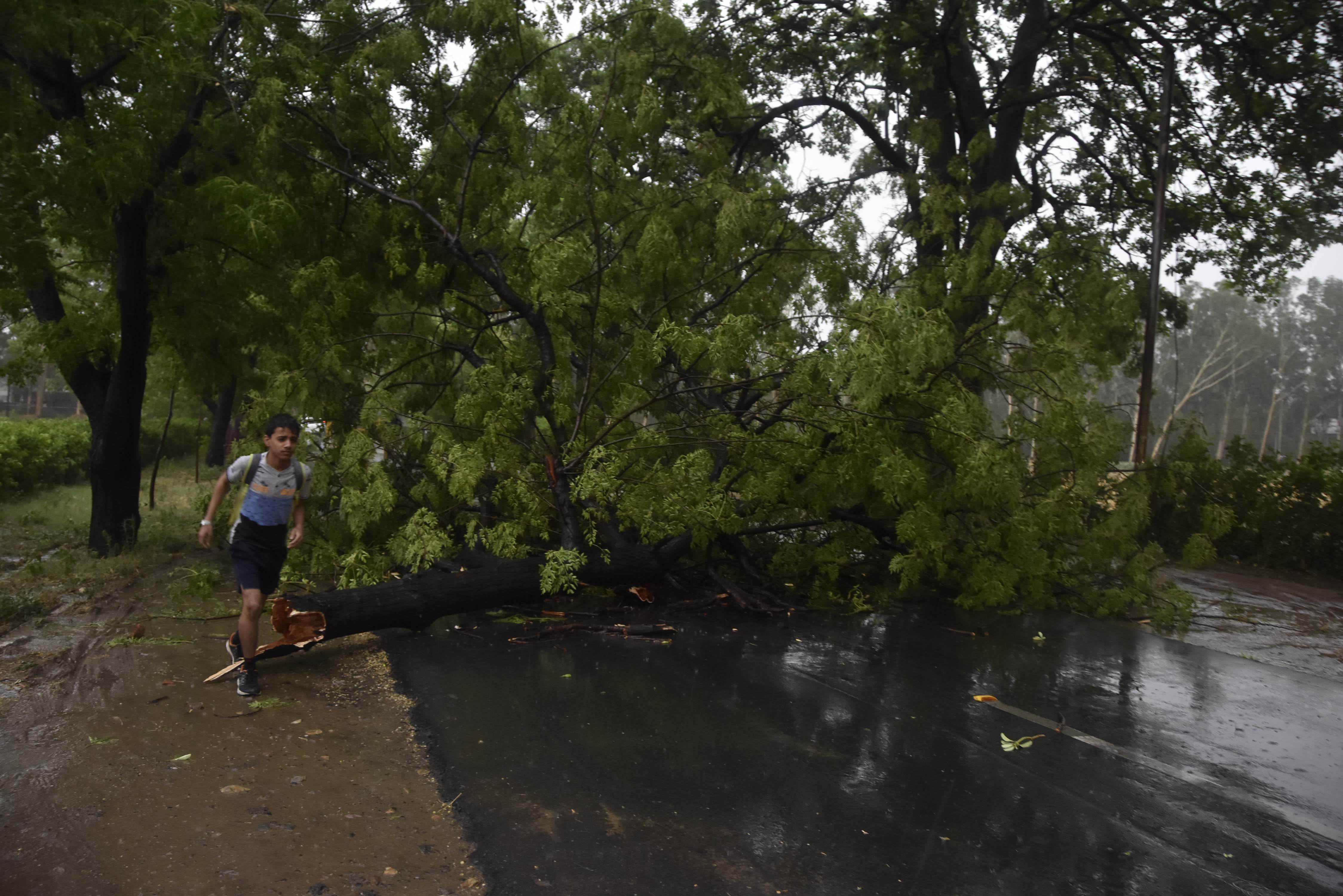 Over 20 trees got uprooted as high-velocity winds followed by rain hit the city this evening. A number of trees fell on electricity wires due to which power supply was also affected in some areas. There are reports that electricity poles have also uprooted in a few parts of the city.

He said six trees in the Dugri area, four in Rose Garden, two near Lion Club, three in Aggar Nagar, three in BRS Nagar, four in Model Town and a tree at Shaheed Karnail Singh Nagar were uprooted.

Kirpal Singh said electricity wires were broken and poles gave way in a few parts as the trees got uprooted. At present, there is no report of anybody getting injured in such incidents.

It is learnt that a few cars got damaged after the shuttering portion of an under-construction building fell on them on Pakhowal Road here.

Ludhiana today witnessed high velocity winds followed by rainfall. The temperature dipped and the maximum temperature was around 33°C while minimum was around 28°C.

In the evening, high-velocity winds started blowing as a result, many trees were uprooted in various parts of the city. Tomorrow, the sky will likely to be clear, as per weather forecast.

“The rainfall today has brought the temperature down and it has given some relief to residents,” said a city resident.