Have no option but to continue protest: Doctors 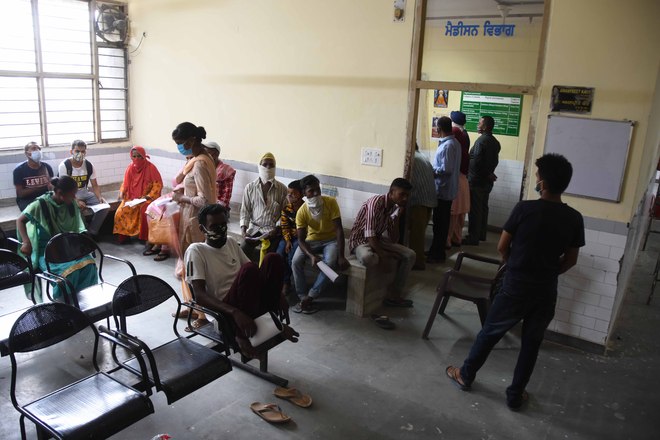 Patients wait for their turn to see doctors at the Civil Hospital in Ludhiana. Photo: Ashwani Dhiman

Doctors are continuing their strike as no official notification has been issued related to the non- practicing allowance (NPA).

The Health Minister had assured the doctors of NPA rollback but nothing has been done in this regard. OPDs were held so that patients do not suffer but slips of the state association were used for prescription and medicines were also given by the doctors.

Dr Rohit Rampal from the Punjab Civil Medical Services Association said they were left with no other option but to continue their strike.

“The government is not listening to our genuine demands. Though assurances are being given to us but nothing concrete is being done by the government,” he said.

Doctors are protesting against the recommendations of the Sixth Pay Commission to reduce the NPA of veterinarians, medicos and allied professionals from 25 to 20 per cent along with de-linking it from the basic pay structure.

In case of non-acceptance of demands by July 29, the association would start their protest as a movement from August 2.

Meanwhile, patients had some relief as they were able to consult doctors today.

“Finally, after a week, I was able to see the doctor. However, there was a huge rush at OPDs,” a patient said.