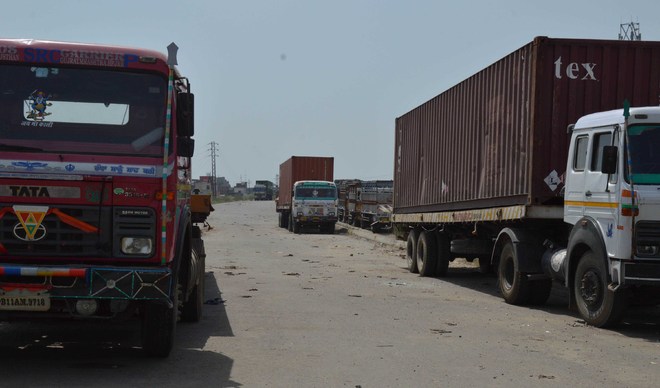 Amid curfew/lockdown situation due to Covid-19 threat, many truck drivers have stranded in various other states. Several activists and transporters claimed that the truck drivers were facing a lot of problems and they wanted the state government to hold talks with other states concerned so that they don’t face any inconvenience.

An activist Jagjeet Singh Mann said, “Few drivers had shared their videos on the social media about being stuck in other states, including Gujarat, Odisha and others, ever since the lockdown has been imposed. We appeal to the Chief Minister Captain Amarinder Singh to do the needful and hold talks with various other states so that required measures can be taken to help these drivers. Food and other facilities should be arranged for these drivers. The government should also launch a helpline number so that the families of these drivers concerned can provide required information about the location of stranded trucks.”

“My father runs a transport company. When the lockdown was imposed, my father got stranded on the way for three days. He later stationed his truck near Khanna and left for a village located in Shaheed Bhagat Singh Nagar. But, the truck drivers who were forced to station their truck in other states are waiting for government’s attention”, he added.

A city-based transporter Vikramjit Singh said, “Many trucks belonging to the Ludhiana have stranded in various other states. The truck drivers are facing a tough time. It has been learnt that a number of drivers are not even getting meals and drinking water in several other states.”

A Congress leader Darshan Singh Shankar said the states concerned where the trucks were stationed should take required arrangements to provide proper food, drinking water and necessary facilities of the truck drivers till the situation is brought under control.