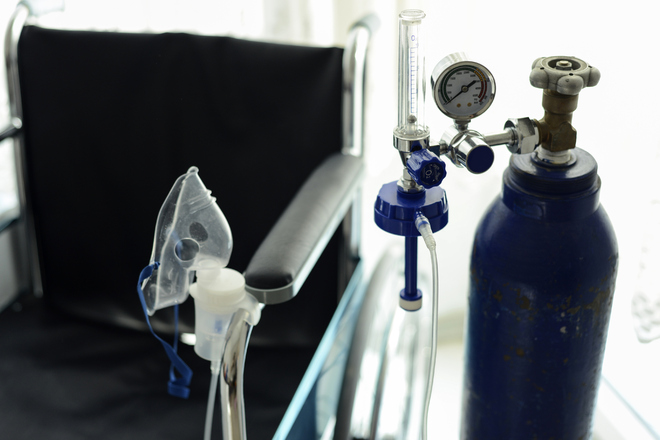 With the rise in level-3 Covid patients, the demand for oxygen has increased four times in the city. As the demand has increased, the prices of cylinders have also witnessed a sudden jump.

The oxygen cylinder that was earlier sold for Rs 150-200 is now being sold at double the price and sometimes even more.

He said earlier the price of one cylinder was between Rs 150-200 but now they were paying double the price and if there was an emergency, they had to pay even more.

When asked about the price, he said there was no change in the prices. “Our dealer price is same, Rs 150-200 for a cylinder, but we do not know at what price does the dealer sell oxygen cylinder to buyers,” he said.

A doctor of a private hospital said ideally the prices decrease due to increase in demand but what is happening now is opposite. “Earlier a cylinder was sold for Rs 100-150 but now the same is sold anywhere between Rs 400-600,” he said.

In the wake of a sharp increase in the use of oxygen for Covid patients in hospitals, Deputy Commissioner Varinder Kumar Sharma on Saturday set up an oxygen audit committee to monitor the consumption of life-saving gas in the district.

The Deputy Commissioner said the 11-member committee would be headed by AETC-II Damanjeet Singh Mann.

He said the committee was tasked to review the consumption of oxygen by the hospitals/other health institutions and the balance stock.

Further, it would ensure that the use of oxygen for the treatment of serious Covid-19 patients was rational and per prescribed treatment protocols. The Deputy Commissioner has asked all hospitals to use oxygen only for the serious/critical patients to ensure rational use of the gas.