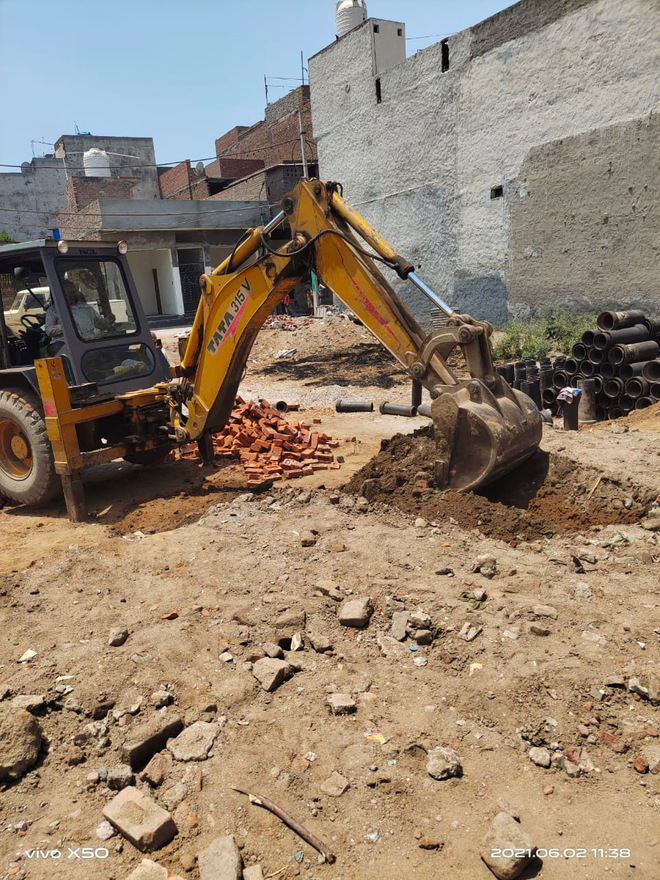 Construction work of an ‘illegal’ residential colony under way in Ludhiana. Tribune photo

Field staff of the building branch of the Municipal Corporation (MC) and officials have failed to take any step to check the proliferation of illegal and unlicensed colonies within the city limits.

Recently, Gajjan Singh Jassal, a social activist, had filed a complaint with the Principal Secretary, Local Government, Punjab, against Shera Colony, which is being carved out in the Gulabi Bagh area on Tibba Road, falling under Zone B of the MC. The complainant claimed that immediately after a team of MC officials had demolished some structures and dug out internal development works (man holes and underground pipes), the developer had resumed the internal development of the colony.

He alleged that the developer had struck a deal with the MC field staff and was going ahead with the development works in the colony without any fear of law or punitive action.

Jassal further alleged that the developer had not obtained any permission for development of a colony at agricultural land, nor were the change of land use (CLU) norms were fulfilled. “By carving out an unlicensed and illegal colony and violating provisions of open spaces, parks, play grounds, sewerage and water treatment plants, that too without getting statutory approval from the competent authority, the developer is cheating gullible public,” said the complainant.