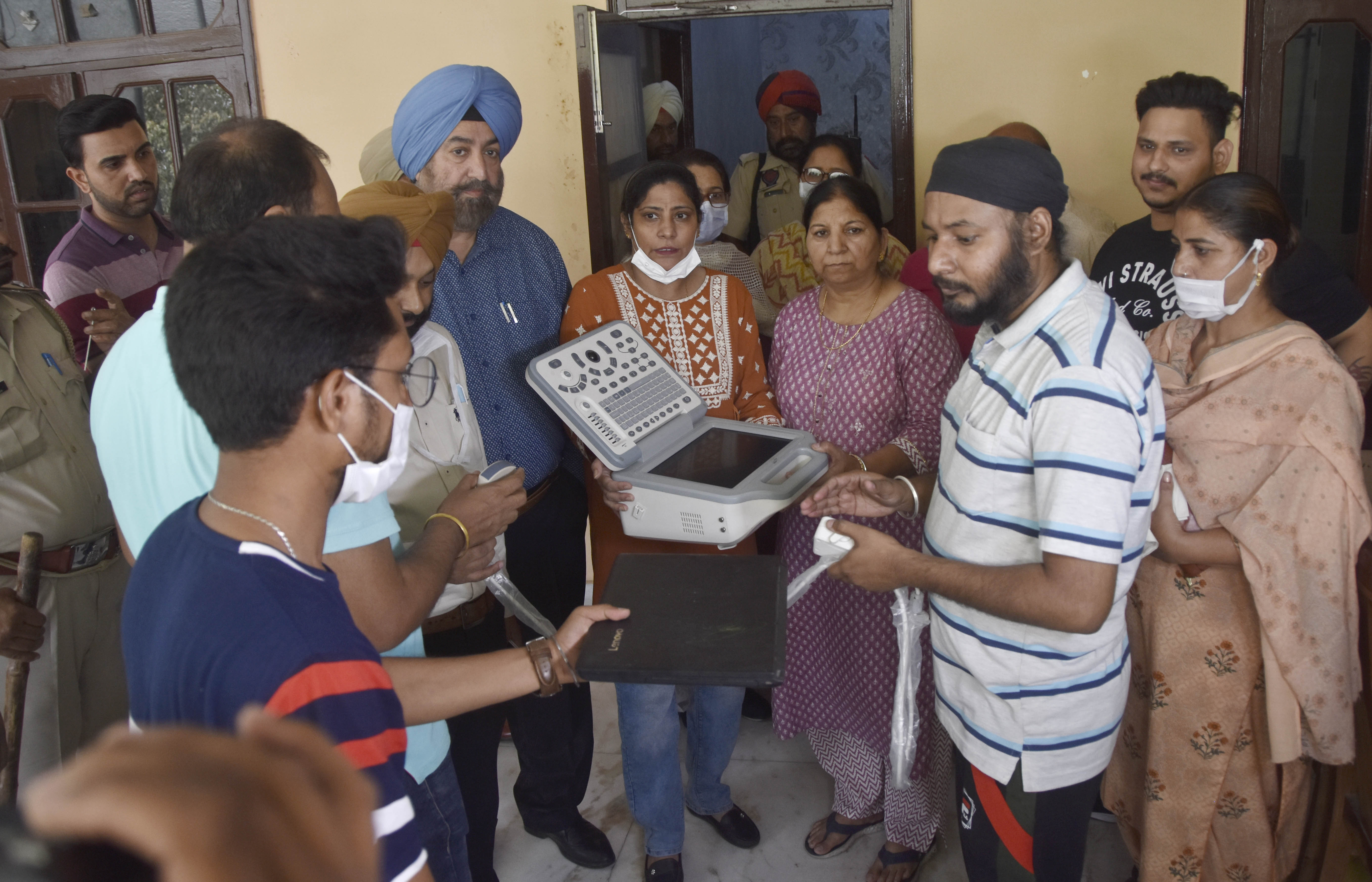 A team of the Health Department on Wednesday morning conducted a raid on an unauthorised scan centre running from a house at Rishi Nagar here and recovered an unregistered portable ultrasound machine and some cash, according to officials.

The team also caught a woman doctor (BAMS), who was running the centre. The woman doctor has been accused of performing illegal sex determination tests at her centre.

According to the officials, they had got information that a pregnant woman is coming for sex determination test at the centre today. The Health Department team was led by District Family Welfare Officer Dr Harpreet Singh.

Civil Surgeon Dr SP Singh informed that the Health Department had received a tip-off and they had been keeping vigil at the centre for the past several days. He said their team managed to catch the woman doctor and recover the machine today.

He said, “A portable ultrasound machine was recovered from the woman, identified as Mahinder Kaur, by the team of the Health Department. We are verifying her credentials. The investigation is underway.”

He said Mahinder Kaur along with the portable ultrasound machine has been handed over to the police for further action. Meanwhile, Mahinder Kaur made a claim before mediapersons that she had been running the centre for the past one year and the machine was purchased from Delhi. The PAU police are investigating the case.

A raid was later conducted on a scan centre at Jandali village near Mandi Ahmedgarh. Civil Surgeon Dr SP Singh said the Health Department team took Mahinder Kaur to conduct checking at a centre near Mandi Ahmedgarh but the man who was running that centre managed to flee before the team could reach there.

Dr SP Singh warned the scan centres’ owners that if anyone of them is found violating the instructions of the Health Department, strict action would be taken against him/her.

The SHO, PAU police station, Gurpreet Singh, said an FIR would be registered after receiving a complaint from the Health Department.