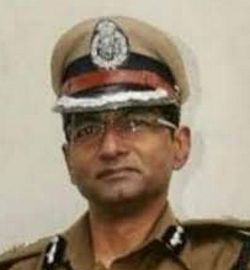 Cyber criminals have targeted Commissioner of Police (CP) Kaustubh Sharma by creating his fake WhatsApp ID. The imposter has also put the image of the top cop on WhatsApp and demanded money from officials of the Ludhiana Commissionerate.

After the matter came to the knowledge of the Police Commissioner, he alerted the officials of the Commissionerate and asked them to avoid sending money to any such imposter.

“Some imposter has created a fake WhatsApp account and put my photo in uniform as its display picture. Even my name is also written in the name section. He sent messages to a few officials of the Commissionerate and demanded Rs 50,000 each from them. The accused demanded money in the form of Amazon gift card and through other payment apps,” Sharma told The Tribune.

Today, two senior officials, who got the message from the imposter, shared the matter with him and he too was shocked to know that money was being demanded by the accused from the duo by creating a fake WhatsApp account, Sharma said.

When asked if any official or friend transferred money, the Commissioner of Police said so far no such instance came to his knowledge. Now, he had been sharing messages with staff and officials of the Commissionerate and his friends. If they receive any such message, they should report immediately.

Sharma said: “Our cyber wing is already probing the matter and the number through which the WhatsApp ID was created is being operated from Maharashtra. We will track down the imposter soon.”

In May 2021 when Kaustubh Sharma was the Inspector General of Police, Jalandhar Range, cyber criminals had created his fake Facebook account. They had also put one of his family photos on the FB profile. Later, they demanded money from Dr Sharma’s FB friends. Then, during a probe the accused behind the fake profile were found operating from Maharashtra and an FIR was also registered against them. “This time also, the accused behind the fake WhatsApp account are operating from Maharashtra. Only a probe will unveil whether the same gang has targeted me again or some other,” Sharma said.