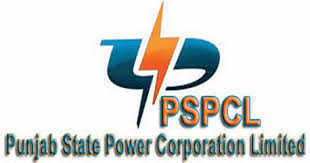 After the forced shutdown imposed on the industry in the past few days and the hue and cry raised by the industry against PSPCL’s directive, a trade facilitation committee has been formed by PSPCL. Many industrialists are on the panel.

The first meeting of the committee was held here today in which industrialists raised issues concerning them. The industrialists pointed out that it was the first heavy rain of the season today and at several places, electricity faults developed. But to rectify, PSPCL did not have sufficient staff of linesmen.

The first meeting of the committee was held on Tuesday in which industrialists pointed out that it was the first heavy rain of the season and at several places, electricity faults had developed. But to rectify, PSPCL did not have sufficient staff.

Jaswinder Singh Thukral, one of the members of the committee, said, “We have requested the officials to arrange/recruit more linesmen so that faults are rectified at the earliest.”

“Two linesmen are attached to one JE, while they have to take care of several transformers and if lines develop faults during rains or heavy winds, it takes several hours to address the problem. The issue was taken up by the officials and we were assured that the genuine demand will be put up at the higher levels for early redress,” said Thukral.