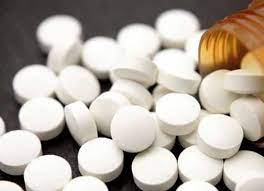 A surprise checking conducted inside the Central Jail, Ludhiana, by jail staff led to the seizure of 25 intoxicanting tablets from an inmate.

The accused was identified as Manpreet Singh Pindi. A case under the Prisons Act was registered on Tuesday.

Assistant Jail Superintendent Harminder Singh said the Jail Department carries out surprise checking on a regular basis inside the jail during which suspected inmates were frisked and their belongings were checked by the jail staff.

“When we were checking belongings of the jail inmate, intoxicating tablets were seized and a case under the Prisons Act was registered by the city police on Tuesday,” he said.

Jail officials said questioning of the inmate would be done to know if he had any connivance with jail officials.

Notably, this is not the first time that intoxicating tablets were recovered from any jail inmate. Earlier also, many such cases were registered by the police and seizures were made by the jail authorities.