Is silence at Ludhiana Improvement Trust lull before storm? : The Tribune India

Is silence at Ludhiana Improvement Trust lull before storm? 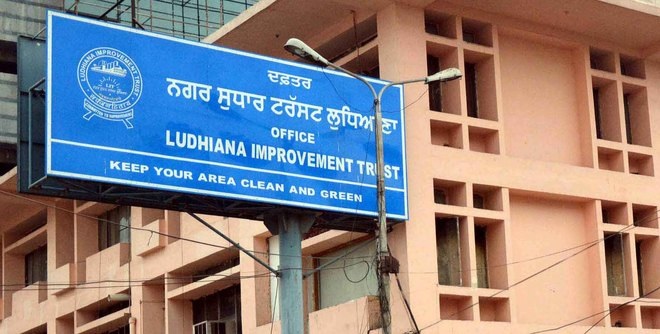 After arrest of several officials and employees of the Ludhiana Improvement Trust (LIT) in corruption cases during the tenure of previous Congress-appointed chairman Raman Balasubramanium by the Vigilance Bureau (VB) and subsequent relief granted by different courts through bail or anticipatory bail to the alleged accused persons, there was a general perception that the storm has blown over.

There is a scare among both officials and the subordinate staff over the next move of the Vigilance Bureau. — Senior official, Ludhiana Improvement Trust

However, going by the hushed silence in the LIT office here where even senior officials could be seen whispering to each other and files relating to day-to-day work also gathering dust, it seems that it is lull before the storm. Most officials – particularly those posted here during the Congress regime – are expecting more trouble at the hands of Vigilance sleuths.

Even top officials of the VB are not opening their cards while indicating that the information obtained from arrested officials during their custodial interrogation is still being processed and efforts are on to get to the bottom of cesspool of corruption in LIT.

LIT officials were also apparently scared to come on record except for admitting that works related to maintenance and development had been put on the hold and not many files were moving.

“There is a scare and dread among both officials and the subordinate staff over the next move of the Vigilance Bureau,” confided a senior official requesting not to be named.

Although the AAP government, headed by Chief Minister Bhagwant Singh Mann has nominated party activist Tarsem Singh Bhinder as the new LIT chairman, the new incumbent has not taken over as notification of his appointment is yet to be issued by the government.

While officials of the Trust have a faint hope of things going back to normal once the new chairman takes over, the public visiting the LIT office for routine works like depositing property arrears and non-construction fine, getting NOCs and approval of building plans continues to suffer as the staff concerned is not dealing with files due to fear of something going wrong.