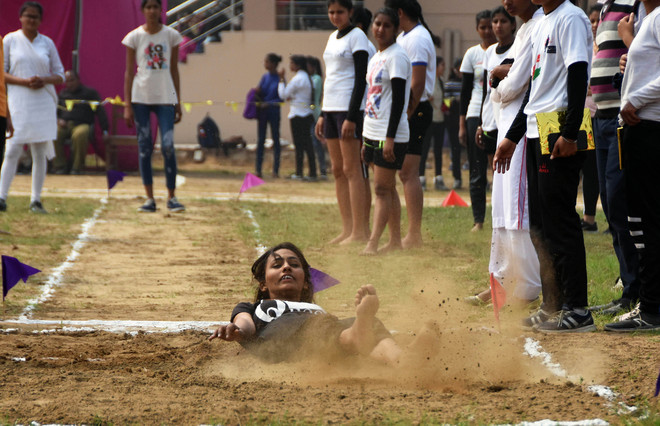 A girl attempts a long jump during the Annual Athletics Meet at GCG in Ludhiana. Himanshu Mahajan

Jyoti and Seema, both students of BA II, were adjudged the best athlete and the best player, respectively, during the two-day 77th Annual Athletic Meet of Government College for Girls which concluded here today.

The highlight of the closing function was an attractive presentation by the Punjab Police band and self-defense techniques presented by students.