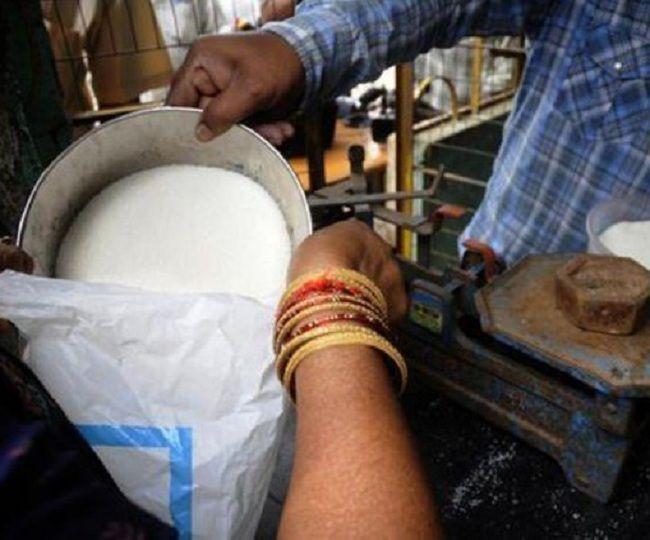 Amidst tall claims of the Centre and the state government of providing free ration to the poor and needy during the Covid-19 lockdown since March 22, the ground reality of distribution of free wheat and pulses under a the Central government scheme is simply shocking. In 55 days of lockdown, the Department of Food, Supplies and Consumer Affairs has distributed free wheat and pulses through ration depot holders to less than half of the 3.80 lakh blue card holders in Ludhiana.

If the migrants had been provided enough food and shelter on time, the city would not have been a witness to en masse departure of lakhs of migrants from the city, which is giving a deadly blow to industry and farm operations in the process. — A functionary of the Migrants Welfare Society, Dholewal

As if the tardy rate of distribution of 15 kg wheat and 3 kg pulses per member of BPL (below poverty line) category was not enough, the depot holders are said to be cheating the beneficiaries by short-weighing the ration or even denial of pulses to the blue card holders saying that the Centre had not supplied promised quantity of pulses under the free ration distribution scheme.

Several blue card holders have alleged that repeated complaints against depot holders made to the government officials had fallen on deaf ears and it seemed that the supervisory officials of the Department of Food and Supplies (read inspectors) were hand in glove with guilty depot holders.

Residents of a number of colonies, including Haibowal, Giaspura, Sherpur, Dhandari and a number of old city localities, have also complained about poor quality or fungus-infected wheat being passed on to the beneficiaries. “Free ration being given to BPL families is of poor quality and to make the matters worse, the depot holders are cheating the beneficiaries,” said residents of Jassian Road and Guru Nanakpura localities.

Several residents of Makkar Colony and Dhandari asserted that at such time when the daily wage earners, vendors, construction workers and other poor people had lost their means of livelihood and especially when a large number of migrants in the city were desperate to return to their native places due to lack of food, any lapse in distribution of free ration was a criminal negligence.

“If the migrants had been provided enough food and shelter on time, the city would not have been a witness to en masse departure of lakhs of migrants from the city in the wake of the Covid-19 outbreak in the country, which is giving a deadly blow to industry and farm operations in the process,” remarked a functionary of the Migrants Welfare Society, Dholewal.

Officials of the Food and Supplies Department, however, claimed that inspectors had been deployed to supervise distribution of free ration to blue card holders and a helpline had also been set up where complaints about non-supply of ration or other irregularities could be lodged.