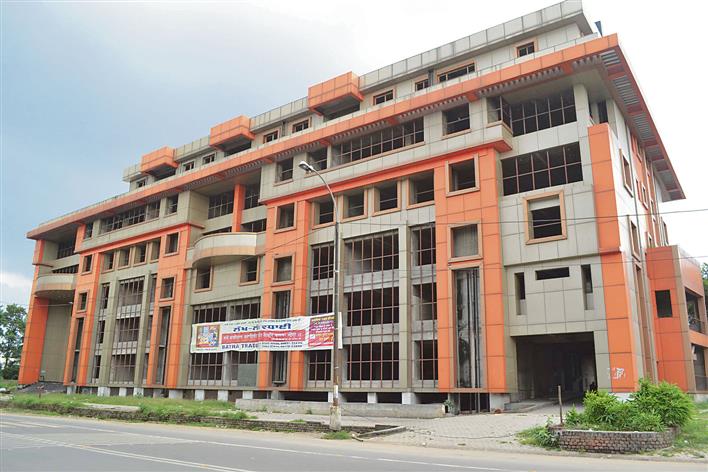 A 2.22-acre commercial complex of the Ludhiana Improvement Trust (LIT) on Maharani Jhansi Road here has failed to find a buyer for the third time even at a reduced price of Rs157.60 crore. In the e-auction held yesterday for the complex, along with 50 other properties, including built-up booths and residential plots, not even a single bidder showed interest in the project.

Built more than 10 years ago at a cost of about Rs16 crore, the commercial complex has been put on the block twice — in November 2009 and March 2013 — as a single unit at a reserve price of Rs197 crore.

Having failed to attract any buyer during the past decade in two public auctions, the complex lies in a state of neglect. During the intervening period, some plans were chalked out to give it on lease to the Punjab State Power Corporation Limited and the Income Tax Commissionerate, but none of these materialised.

However, former LIT chairman Ashok Juneja said the complex should have been sold in parts immediately after its completion.