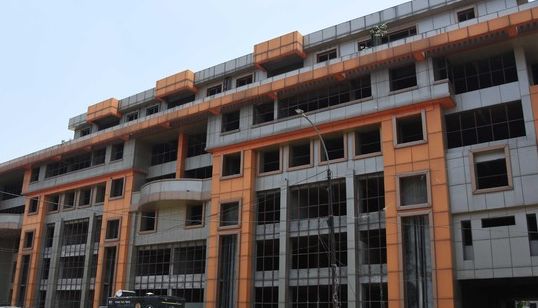 The e-auction of residential plots and commercial sites/properties conducted by Ludhiana Improvement Trust (LIT) is again in the news and for all the wrong reasons. For e-auction of 56 commercial properties and 24 residential plots conducted by the LIT on November 26, a city-based advocate has served a legal notice on the Principal Secretary and Director of the Local Government Department, Punjab, Deputy Commissioner, Ludhiana, along with Chairman and Executive Officer of the Trust pointing out various irregularities and ambiguities in the public notice issued for the purpose.

In the notice, Prakash Chopra, advocate, has alleged that in the public notice published in various newspapers for the e-auction, details like auction number, required to be mentioned in the e-portal, were missing with the result that he himself and many others like him, could not register themselves for participation in the e-bidding process.

“In spite of the fact that I personally visited the LIT office several times to know the relevant details, the same were not provided, which amounts to unfair trade practice and was tantamount to cheating intending bidders through denial of relevant information,” said the notice.

Chopra said vital information about the e-auction was deliberately concealed by the officials concerned due to their mala fide intention which defeated the very purpose of a healthy competition sought to be achieved through e-auction of public properties.

The notice also pointed out some other grave errors in the public notice for the e-auction while charging the LIT with providing misinformation. “Four constructed booths mentioned in the public notice as being located in the 24 acre Kitchlu Nagar scheme, are in fact constructed in 100 acre Kitchlu Nagar scheme which is a prime location,” said the notice.

Through the legal notice, the intervention of the Local Government Department has been sought by way of cancellation of the auction as per principles of natural justice and save the exchequer from massive financial loss. Chopra said he would seek appropriate legal redress if the government failed to respond and take suitable remedial action.