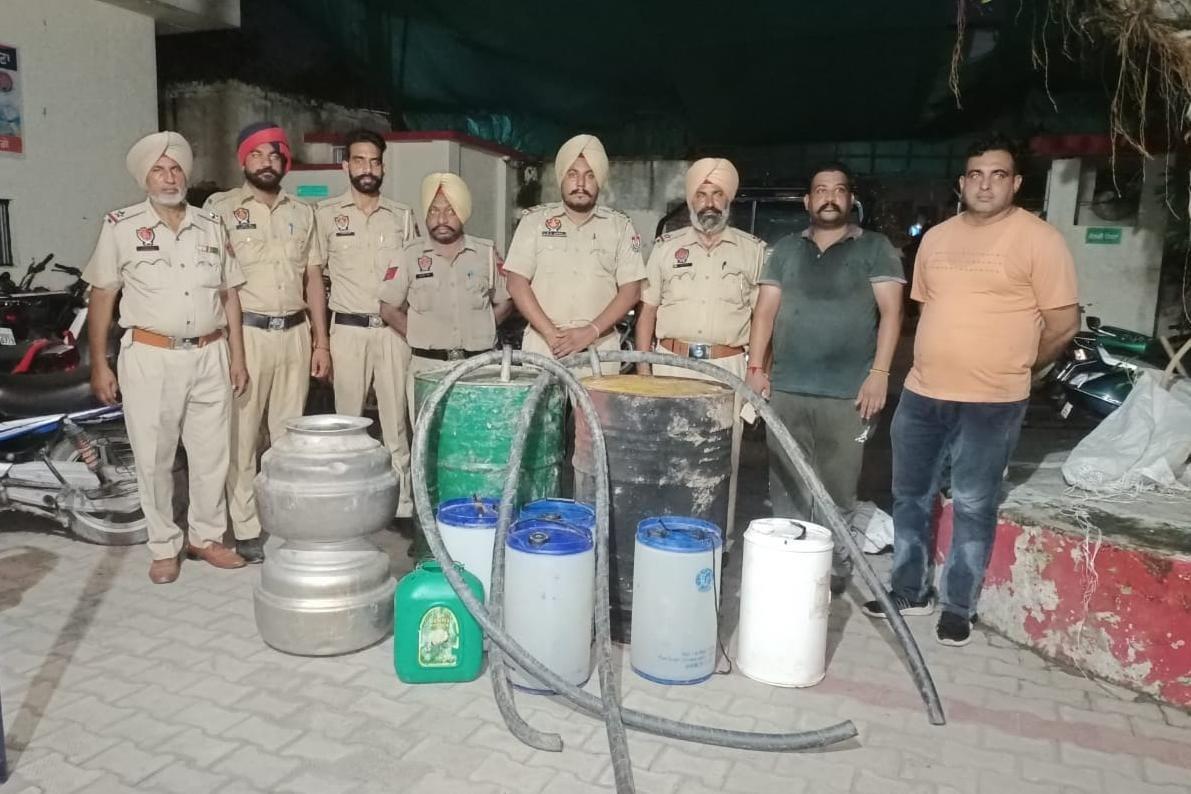 Cops with the seized lahan and other items in Ludhiana.

The Ladhowal police conducted a raid on the hideouts of illicit liquor smugglers alongside the Sutlej at Bholewal Jadid village and seized 30,000 litres of lahan. Besides lahan, the police also seized 75 bottles of illicit liquor, two drums, pipes and other materials being used to prepare the illicit liquor.

The SHO, Ladhowal, SI Varinderpal Singh, in a statement issued said the police, along with Excise Inspector Harjinder Singh, had received a tip-off that Pritam Singh Pitu, Kalu and an unidentified person were planning to produce illicit liquor.

Accordingly, a raid was conducted late on Tuesday evening. After seeing the police, the miscreants managed to give them the slip. Lahan and other materials were seized from the spot. A case has been registered.