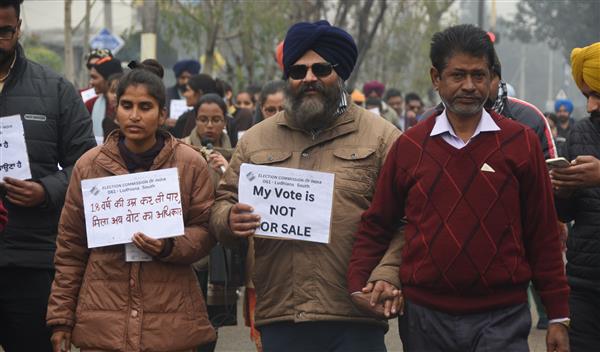 The district administration on Wednesday celebrated the 13th National Voters’ Day at Government College for Girls. Deputy Commissioner Surabhi Malik was the chief guest of the function.

On the occasion, several officials were honoured for their work regarding efficient work done in maximum registration of voters in age group 18-19. SDM Samrala Kuldeep Singh Bawa was honoured with a certificate of appreciation for being the best electoral registration officer in Ludhiana, Jasveer Singh, teacher from Jagraon was adjudged the best booth level officer in Ludhiana.