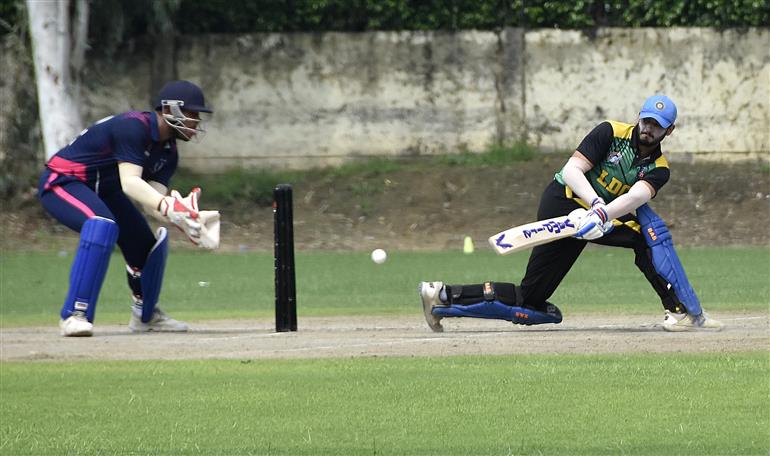 A batsman plays a shot during a cricket match.

Chasing the target, the visitors fought valiantly but lost a couple of wickets late in the innings. Notable innings by Abhishek Bajaj (53), Ramesh Kumar (40), Vaibhav Sehdev (36), Mohit (36) and Pawanjot Singh (29) went in vain as they lost the match by 24 runs.

For Ludhiana, Harshit Takkar and Yogjit Singh captured two wickets each while Ravi Kumar, Neha Wadhera and Tanroop Saini scalped one wicket each to contain rivals’ innings and help their side clinch the issue.

In the second match to be played at Mohali on August 3, Ludhiana will take on Mohali.