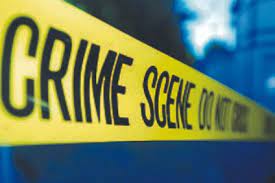 Three Miscreants forcibly took away a Maruti Swift car from a businessman on Chandigarh Road, Ludhiana, late on Monday night when he stopped the vehicle on the roadside.

The three miscreants reached the spot and asked him to give them the car key. When he resisted, the suspects brandished a gun and threatened him.

The complainant said the suspects had also forced him to start the car after which they they took away the vehicle while leaving him on the spot.

Five snatchers, who were riding two motorcycles, were in for a shock as one of the victims pushed a motorcycle-borne snatcher while they were fleeing the spot after snatching money and a cell phone from them. The bike rider fell down. As two victims raised an alarm, all five suspects escaped from the spot, leaving a Bajaj Platina motorcycle (bearing registration no. PB 10HR 5581) behind.

Ashu Ram, a resident of Nirmal Nagar, Dugri told the police that he and his friend Lovkush, both street vendors, sell ice candies on a push cart. While they were returning to their home on the night of July 3, five persons accosted them near Valmiki Mandir and snatched Rs 6,000 and a mobile phone from them by threatening them with a baseball bat.

“As the suspects were trying to escape I pushed one of them. He fell down but his accomplices helped him get up and they fled the spot leaving a motorcycle behind,” the victim said.

The police have impounded the motorcycle, apparently a stolen two-wheeler, and its ownership was being traced to know the identity of the suspects persons. A case under section 379-B IPC has been registered.

Amit Moldy, a resident of Nirmal Nagar, Dugri, has lodged a report with the police about the theft of his Maruti Swift car (bearing registration no PB 10DV 6447) on Monday. He said the vehicle was parked in the advocates’ parking area. When he returned after some time, the car was missing.

The police have registered a case under Section 379 of the Indian Penal Code (IPC).