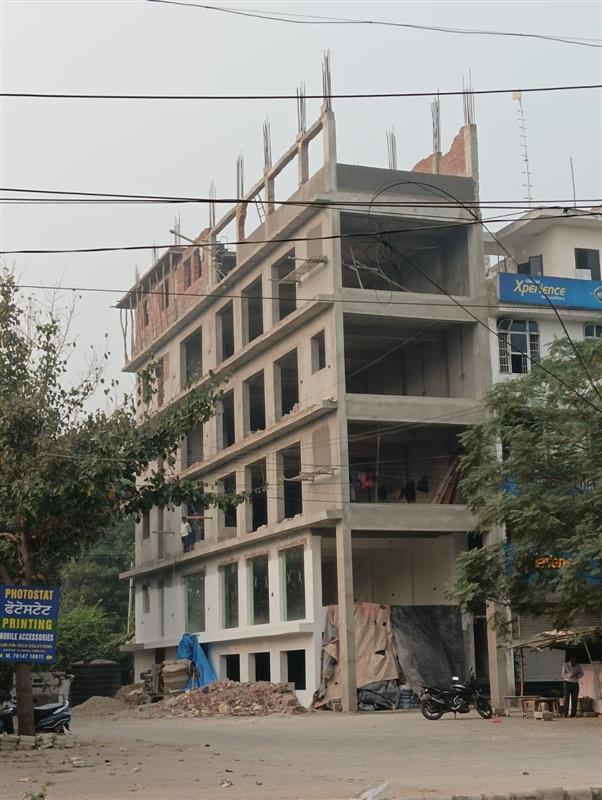 The building branch of the Municipal Corporation is again in the news for wrong reasons. Field staff (read building inspectors) and their supervisory officials (assistant town planners) are sitting pretty while illegal commercial buildings are coming up all across the city, causing a blow to planned development as well as a huge loss of revenue to the civic body.

In a complaint lodged with the Principal Secretary, Local Government, Punjab, Arvind Sharma, secretary, Council of RTI Activists, has alleged that in zone D alone (with huge commercial potential), more than 12 muti-storey commercial complexes are under construction with little or no intervention from the regulatory staff (MC building branch).

Attaching pictorial evidence of violations with the complaint, copies of which have also been sent to the Local Bodies Minister and the Chief Vigilance Officer, Local Government, Arvind Sharma has said such illegal commercial buildings, with non-compoundable violations, have come up at Tuition Market in Model Town Extension, Vikas Nagar on Pakhowal Road, Model Town near Lyallpur Sweets and Char-Khamba Road, near Baba Deep Singh Gurudwra, Model Town Main Market, Bhai Randhir Singh Nagar, Sarabha Nagar, Near Krishna Mandir in Model Town Extension and near Tikona Park in Model Town.

The complaint further said even after repeated complaints the officials concerned have failed to take any action against builders or stop the ongoing construction. Apparently, those responsible for regulations and enforcement are rather tacitly helping the builders to complete the remaining work on these buildings. “Even if some action had been taken against thee blatant violations, it remained on paper only. Challans were issued under Sections 269 and 270 of the MC Act and later dumped without any follow-up action, which smacked of complicity of field staff and officials with the offenders,” added Sharma.

Asserting that violations of building bylaws is rising in other parts of the city, the complainant has urged the government to mark a high-level probe, preferably by the Vigilance Bureau, to expose the nexus between MC staff and builder mafia and bring the guilty to book. Officials concerned of zone D MC building branch were not available for comments.

Asserting that violations of building bylaws is rising in other parts of the city, complainant Arvind Sharma, secretary, Council of RTI Activists, has urged the government to mark a high-level probe, preferably by the Vigilance Bureau, to expose the nexus between MC staff and builder mafia and bring the guilty to book.