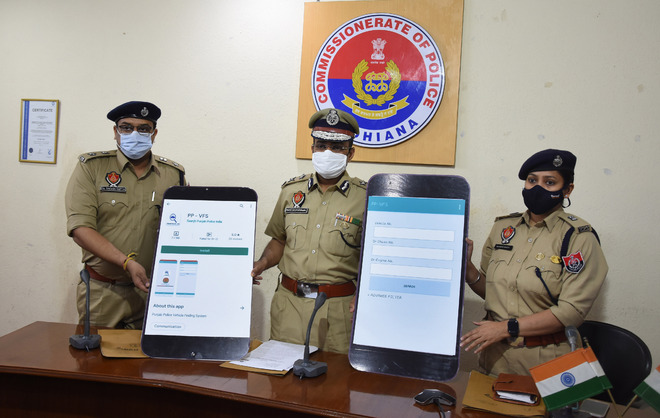 A mobile application to find the stolen and lost vehicles recovered by the police in the state was launched here on Wednesday.

The first-of-its-kind initiative of the Punjab Police developed in collaboration with the Ludhiana Commissionerate Police was launched by the Commissioner of Police (CP), Rakesh Agrawal.

The brainchild of the Director General of Police (DGP), Dinkar Gupta, the hi-tech and robust vehicle finder solution, “PP VFS”, was launched as a pilot project in Ludhiana.

“To overcome the problem of tracing the recovered vehicles, we have made a mobile app called, “PP VFS”, for the public to find out whether their stolen vehicle has been recovered in any of the police stations across the state,” said the DGP, while adding that “PP VFS” stands for Punjab Police Vehicle Finder System.

Launching the app, the Ludhiana police chief said sometimes a vehicle was stolen and recovered in different police stations or even different districts. “In such cases, public find it difficult to know whether their stolen vehicle has indeed been recovered unless the police contact them,” he explained.

“There is also an advanced search system in the app, wherein the public can search their vehicle by uploading the make, model and colour details,” the CP said.