Ludhiana DC office employees up in arms over demands 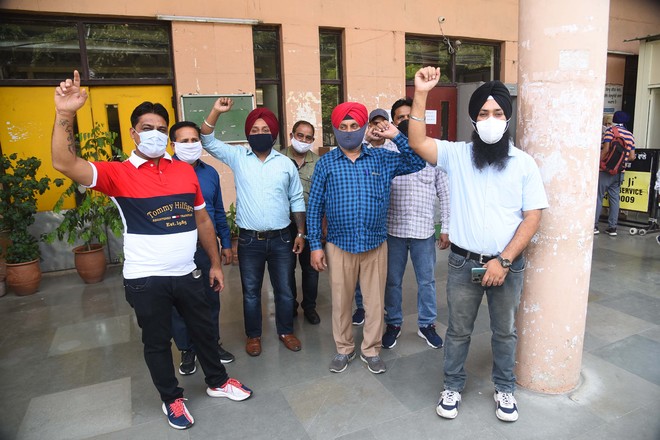 Employees of the Ludhiana DC office today staged a protest against the government for not fulfilling their demands. The work at the DC office remained affected as the employees observed a mass leave.

The employees have been demanding from the government to ensure promotion of the employees and recruit new staff to fill vacant posts. Gurnam Singh Virk, president of the state unit of the Punjab State District (DC) Offices Employees Union, said they had been observing mass leave since May 24.

He said: “There is a shortage of staff at the DC offices. We demand from the government to recruit new staff to fill the vacant posts. The promotion of the current employees must be done at the earliest.”

Protests were held at the tehsil and district levels and the work remained affected on Monday too. The protesting employees said their demand should be fulfilled at the earliest otherwise they would be forced to intensify the agitation. The employees would conduct a bike rally to mark the protest on Tuesday.

Meanwhile, visitors were forced to return homes without getting their works done at the DC office. Rooms were lying vacant as staff were on a mass leave today, said an employee.

A visitor said: “I was unaware of any protest. No prior information regarding the ongoing protest was shared by the authorities. Visitors are being forced to suffer due to the protest.”