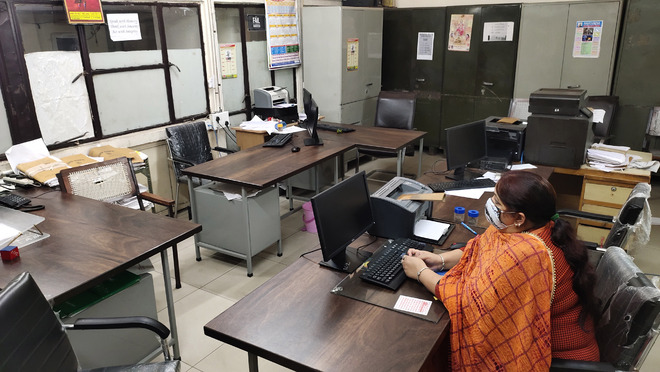 The clerical staff of the DC office has gone on pen-down strike till August 14. Tribune photo: Himanshu Mahajan

The clerical staff of the DC office have gone on pen-down strike till August 14. They have also refused to do work related to Covid and Independence Day.

Vikas Juneja, president of the Punjab State District (DC office) Employees Union, Ludhiana, said the Punjab Government had earlier accepted their demands but those had not been implemented to date. The clerical staff of various departments, on a call of the Punjab State Ministerial Services Union, are on strike from August 6 to 14, he said.

“During the strike, the clerical staff will not do any work in the offices. Also, no work related to Covid and Independence Day will be done by the employees during the strike,” he said.

An employee said the state government had cut down on their allowances while their previous demands were ye to be fulfilled. The employees would put up black flags outside their houses on August 15 to mark their protest.