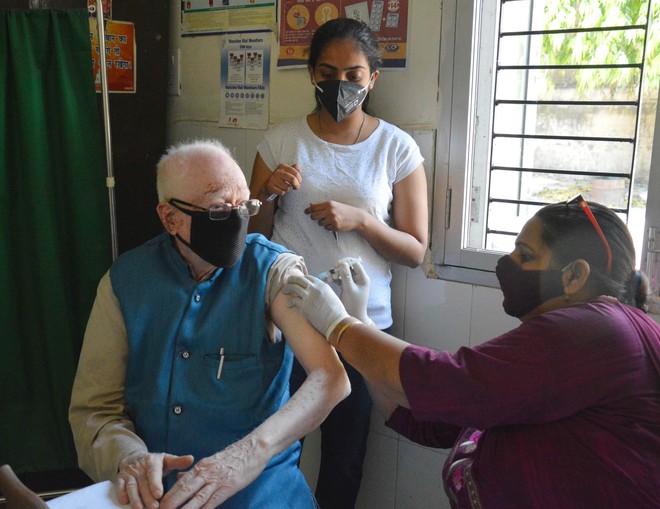 Ludhiana is among five districts that have emerged as drivers of Covid surge in the state, a recent study has revealed. The other districts are Mohali, Jalandhar, Amritsar and Patiala.

The study, a copy of which is with The Tribune, was conducted by the Department of Community Medicine at Christian Medical College (CMC) in Ludhiana.

In the advice sent to the state government, CMC experts have stressed the need to focus on prevention and restriction of public movement. They also suggested that the vaccination campaign should be regulated as there were large gatherings of people with doubtful measures witnessed outside most of the vaccination centres.

According to the experts, the virus surge has changed to an exponential curve from April 14. “There will be a large number of positive cases and the state will report 6,000 cases per day by May 5 if urgent measures are not implemented in the driver districts,” they warned.

The projection as on April 18 showed that the number of daily positive cases would continue to rise unabated till May 5 with daily figures projected to touch new high every day.

The status as on April 14 revealed that the peak in the surge of fresh infections was recorded on April 3. “As of February 10, the curve shows the peak will stop at 1.5 lakh cases in the end of June after cumulative start from February.”